Previous Word fuck a duck
Next Word fuck up some commas

fuck this shit I’m out

What does fuck this shit I'm out mean?

Fuck this shit I'm out is a phrase said, and often sung, when commenting on a confusing, embarrassing, exasperating, or even exciting situation.

Where does fuck this shit I’m out come from? 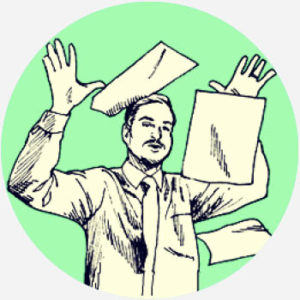 As a profane slang phrase, it’s hard to pin down when fuck this shit I’m out first appears, used as it is in informal speech and writing. Fuck this shit is a vulgar way to dismiss something bad and I’m out is a colloquial way to take one’s leave.

The phrase was popularized, however, in January 2014, when an online comedic music channel, The Theme Song, uploaded a short video titled “Fuck This Shit I’m Out.” The 30-second song, originally posted on the singer’s SoundCloud account, featured an acoustic guitar and a singer repeating, among few other lyrics: “Fuck this shit I’m out / No thanks / Don’t mind me/ Imma just grab my stuff and leave…/ I don’t know what the fuck just happened / But I don’t really care / Imma get the fuck up outta here/ Fuck this shit I’m out.”

In October 2014, YouTube channel FunnyFilmsStudio contacted The Theme Song to ask for permission to animate the song. That animated video amassed millions of views by May, 2015, when The Theme Song filmed their own music video to further popularize the song. The Theme Song then released a remixed version of the song featuring rapper YoungBlaze on SoundCloud and YouTube in September, 2015. Soon after, Google searches for fuck this shit I’m out spiked, reaching their all-time high in November, 2015.

During the height of the song’s popularity in 2015, it was featured in countless amateur videos posted mainly on YouTube and Vine. One of the most popular of these is a Vine picturing a young man performing a skateboard trick on a stairwell, then letting his momentum carry him down the sidewalk and over a railing into a lake. The song plays in the background, timing his fall into the lake with the phrase fuck this shit I’m out.

Examples of fuck this shit I’m out

Cold air touches me...Me: 🎶 Fuck this shit I’m out
@DramakinsTv, October, 2017
oh my god im being tagged in photos from the club and my relatives are [like]  fuck this shit im out
@soIostark, November, 2017
Christian soon woos the girl with romantic promises: “A non-disclosure agreement protects both you and me but mainly me” and takes her to his ‘playroom’, where the viewer is treated to a montage of previous female visitors, all doing their own version of ‘Hell, no’...Hannah’s right-minded response (“Fuck this shit I’m out”) foreshadows a sequence that refashions one of last year’s most misogynistic scenes into feminist revenge fantasy...
Tara Brady, The Irish Times, March, 2016
SEE MORE EXAMPLES

Who uses fuck this shit I’m out?

Fuck this shit I’m out is most commonly used online and in colloquial speech in three situations.

Third, in the vein of The Theme Song’s original video, fuck this shit I’m out is a humorous way to exit an awkward, confusing, or overwhelming situation without offering any explanation or further commentary.

Previous Word fuck a duck
Next Word fuck up some commas