fuck up some commas

To fuck up some commas is to recklessly spend an excessive amount of money.

boujee, Shut up and take my money!, make it rain, mula, sugar daddy, this is why I’m broke, red bottoms, too much sauce

Where does fuck up some commas come from? 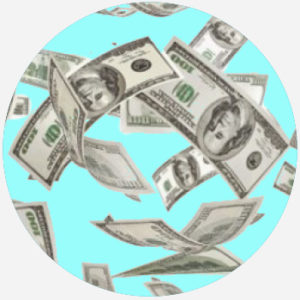 “F*ck Up Some Commas” is the name of a song by rapper Future. The song was first released on his mixtape, Monster, on October 28, 2014. The lyrics of the song talk about both making and spending huge amounts of money—in the thousands and millions—in a lavish, celebratory way.

The song’s title and refrain caught on almost immediately on social media, with the first public tweets referencing it within days of the mixtape’s release. Around April 2015, the song was remixed several times, featuring Lil Wayne, which, among other remixes, contributed to a huge surge of search interest for the phrase.

Examples of fuck up some commas

Getting ready to trap music is the shit too. Makes me feel like I’m about to go fuck up some commas
@zeehamss, January 2018
It was no surprise that Future rapped ‘Fuck Up Some Commas’ outta the park—he's been on the road with Drake on the Summer Sixteen Tour for the last month.
Zach Dionne, Fuse, August 2016
CALL ME WHAT YOU WANT BUT YOU CANT CALL ME BROKE…jk...it’s pay day today guys lol...but I am about to fuck up some commas...on bills and student loans
@JustAskSav, January 2018
SEE MORE EXAMPLES

Who uses fuck up some commas?

The phrase is mainly used on social media among hip-hop fans as a coarse slang expression. When not alluding to its originating song or subsequent remixes, the expression is an informal way of saying someone wants to spend money in a big way.