What does too much sauce mean?

A person has too much sauce when they wear too many designer clothes and accessories at the same time and, by extension, when they display the (over)confidence such items might afford them.

Where does too much sauce come from? 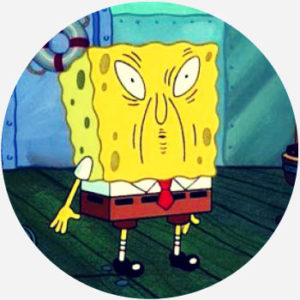 Hip-hop artists have been using the term sauce as slang for swagger and luxury-branded clothing and accessories since at least 2013. This sense probably came from the meaning of sauce as “something that adds piquance or zest,” as a designer watch might impact a performer’s image.

As an enormous spike in Google searches suggests, the phrase too much sauce was boosted in popularity by the August, 2016 release of the hit single “Too Much Sauce” by DJ Esco, Future, and Lil Uzi Vert. The single stayed on the Billboard Top 100 for 20 weeks, peaking in January, 2017 at number 50, a date that corresponds to an identical peak in Google lookups. The lyrics of the song describe the numerous designer brands worn by the performers. Though fans of hip-hop music might have heard the phrase too much sauce before 2016, the phrase was uncommon enough before the song that singer Future released a video to explain the meaning of the phrase. There are also no entries for this sense of the phrase in Urban Dictionary before 2016.

The sauce in the phrase has expanded beyond its original meaning of designer accessories to confidence and swagger. Men in particular, who are especially confident, are said to have too much sauce, as are cool or impressive songs, sports plays, or items.

Examples of too much sauce

‘Do Better’ has just too much sauce in one song.
Sabelo Mkhabela, OkayAfrica, August, 2017
@fettywap idk where u been but whole album too much sauce👀 #WaVe
@KMAN2644, January, 2018
They got too much sauce and money. I knew this guy last semester who wore a different pair of designer shoes everyday. Never the same pair smh
@SarcasM_Lives, January, 2018
SEE MORE EXAMPLES

Who uses too much sauce?

Too much sauce is often used by young people, particularly young black people, to compliment confident, talented, or attractive people or things in the same way bad is used to mean “good.”

This is not meant to be a formal definition of too much sauce like most terms we define on Dictionary.com, but is rather an informal word summary that hopefully touches upon the key aspects of the meaning and usage of too much sauce that will help our users expand their word mastery.