or moola or moolah [moo-luh]

What does mula mean?

Mula is a common and widespread slang term for money, used much like other monetary slang items such as dough or bones.

Where does mula come from? 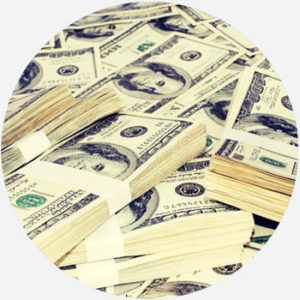 Often written as moola or moolah, mula’s origin is unknown. Various dictionaries find evidence for forms of mula in the late 1930s in American English, but the definitive birthplace of the term, as with much of slang, remains elusive.

One theory speculates that mula came from the Spanish mula, a “mule,” arguing the beast of burden was historically used as a form of currency. Further, the phrase bajate de la mula, or “get off your mule,” is a colloquial Spanish expression for “Pay up.” The Times of India, meanwhile, has reported that mula is Fijian in origin and means “money,” though the claim is dubious.

The Spanish mula, as it happens, has prompted an unrelated slang term, mula, for a gay man who prefers to take the passive role in sex, which Green’s Dictionary of Slang cites in 1972.

Nothing come free pay your producer #chicken #gwap #paper #bread #mula #deniro
@24DaRebel, March, 2018
Just got asked to work up to 58 hours of OT over the next two weeks 😅 #mula
@TheReal_Fabian, March, 2018
If you can mow a lawn, shovel snow or take out people’s trash, you can make moolah.
Karen Bokram, The Girls’ Life, 2009
SEE MORE EXAMPLES

While many slang terms quickly fade, mula has proved its staying power. It has and is widely used in colloquial speech and writing, from W.C. Fields to Mad magazine to rapper Big Sean. In 2012–13, Big Sean released a song called “Mula,” repeating the lyric: “Ain’t nothing more important than the mula.”

Noted wrestler, promoter, and trainer Mary Lillian Ellison (1923–2007) was better known for her stage name, the Fabulous Moolah. She is famously said to have taken the nickname after she responded to a question about why she wanted to wrestle: “For the money. I want to wrestle for the moolah.”

The slang often appears in the expressions gotta get that mula (“earn money”) or count that mula (“relish in the money one’s made”). Mula is a casual term and should not be used in formal finance or business writing for “money.” It is also not recommended to use mula when speaking to an authority in the workplace, such as a manager (e.g., “Did you count the till?” “Yeah, the mula count was spot on.”). Use of the slang could suggest a carelessness or entitlement about business and work responsibilities.

The tone of mula is often humorous and typically connotes a large amount of money. Authors may use mula for dialectical color in fiction. The Swedish furniture company IKEA created a line of developmental toys for children called MULA, which is unrelated.

This is not meant to be a formal definition of mula like most terms we define on Dictionary.com, but is rather an informal word summary that hopefully touches upon the key aspects of the meaning and usage of mula that will help our users expand their word mastery.