What does Murica mean?

Where does Murica come from? 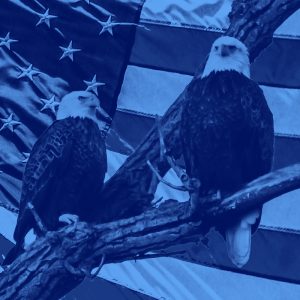 Folks have been saying Murica long before it became ironic. We can find America written as ‘Merica in the early 1800s. That loss of an initial, unstressed syllable has a name, by the way: aphesis.

Writing America as Murica, however, came to deliberately stereotype how white, rural Southerners would pronounce America. For instance, if you’re a beer-swillin’, gun-totin’, freedom-lovin’, flag-wavin’, red-blooded person from the U S of A, you might say you live in—or be mocked as living in—Murica.

The Murica jab takes off in early 2000s political commentary. A 2003 comment on the website Democratic Underground ironically characterized US government foreign interference as “‘lil old murica” wouldn’t hurt a fly. A 2004 progressive blog post described the red states who voted for George W. Bush as “The Wingnutted States of ‘Murica.” This use of Murica spread as a liberal insult against “rednecks” and an overzealous dedication to the Second Amendment and hyper-masculinity.

Murica went further into the mainstream in 2012 when pages on Facebook, Tumblr, Twitter, and Reddit boasted names like F**k Yeah Murica, featuring images, videos, and memes revved up with bald eagles, American flags, guns, soldiers, and an awful lot of F-bombs.

Much of the Murica content online is meant to be mocking, but, as frequently happens with insults, its target re-appropriated the term at least by the mid-2010s, using it earnestly to express their patriotism and American pride, including with Murica merchandise and clothing.

Why do some people say Murica?

Murica is popular around the Fourth of July holiday, when red, white, and blue are everywhere to celebrate America’s Independence Day. Folks love showing off their bunting and barbecues with a proud, and sometimes ironic, Murica.

Yesterday was a perfect re-do of the Fourth of July and my birthday celebration. Thank you so much for all the well wishes and everyone who came to party! 🇺🇸 #murica

Murica is often used to imply strength and power. Some men use the hashtag “#Murica” to showcase cars, guns, male friendship, or stereotypically manly activities.

It’s also used alongside other US-themed paraphernalia to express forms of patriotism. This could be a marketing tactics to promote goods and services, an attempt at humor, or a little dig at Americans themselves.

Just watched 3 cars, in a row, turn while on their cell phones & no blinkers. 'Murica! *arm swing*

While many conservatives have embraced Murica, plenty of progressives still use Murica to trash-talk their opponents, Republican policies and ideology, or issues with America more generally.

Oh, gawd. We’re back to “libs are mean to Trumpers in rural ‘Murica” again.

HOW MANY, @nytimes? HOW MANY?

‘murica: a country where paying thousands into your friends gofundme accounts – but only after making sure they suffer the indignity of begging for it – is preferable to embracing a sensible public healthcare policy for productive citizens because “socialism”.

This is not meant to be a formal definition of Murica like most terms we define on Dictionary.com, but is rather an informal word summary that hopefully touches upon the key aspects of the meaning and usage of Murica that will help our users expand their word mastery.