What does Oreimo mean?

Where does Oreimo come from? 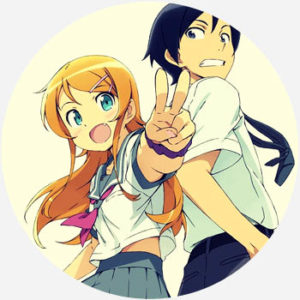 Oreimo is short for Ore no Imōto ga Konna ni Kawaii Wake ga Nai, which is also sometimes shortened to Ore no Imōto. In English, the title is often translated as My Little Sister Can’t Be This Cute.

Oreimo began in 2008 and ended in 2013, running for twelve volumes as a “light novel” series. Often centered on middle- or high-school students, light novels are generally short novels of about 300 words, usually illustrated in a manga style. They are frequent sources of anime (animated) and manga (comic) adaptations. Oreimo was no different in this respect. It first received a manga and then anime treatments between 2010–13, which likely helped popularize it outside Japan.

The series is controversial for themes of brother-sister incest, and its ending, which suggested that Kirino and Kyousuke planned to enter into a short-term romantic relationship. Some fans were upset by the intimation of incest, and others by the fact that Kyousuke ended up without any long-term romantic prospects.

Oreimo is the source of a meme called Oriemo Cover Art Parodies. The light novel’s first installment had an illustration of Kirino standing with her arms crossed and a stern expression on her face, while Kyousuke looks on from behind. The parodies usually involve two characters in similar poses with some variation of the snowclone (verbal formula): “My Little X Can’t Be This Y,” derived from the English translation of the title.

“the difference between flowers in the attic and oreimo is the same as the difference between mariana's trench and a garbage filled ditch”
@fieldofsavages Twitter (May 23, 2017)
“I stopped watching oreimo after I saw how the light-novel ends. I still ship Ayase and Kyosuke .__.”
bolibompa Koggames (August 18, 2013)
“The set is a collaborative effort between Oreimo and three companies, all interested in making sure your special day goes off without a hitch. Or, perhaps, with a hitch.”
Bamboo Dong, “Seal Your Love With An Oreimo Wedding Set,” Anime News Network (December 18, 2014)
SEE MORE EXAMPLES

Oreimo is often stylized as OreImo.

This is not meant to be a formal definition of Oreimo like most terms we define on Dictionary.com, but is rather an informal word summary that hopefully touches upon the key aspects of the meaning and usage of Oreimo that will help our users expand their word mastery.