What does otherkin mean?

An otherkin is someone who identifies as a non-human species or mythological entity.

Where does otherkin come from? 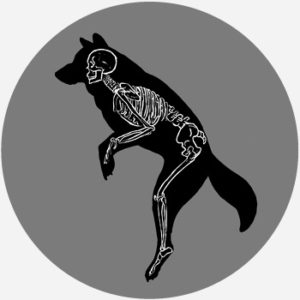 The otherkin community emerged in the 1970s among a group of people who identified as elves, or elfinkind as they called themselves. By March, 1990, the community organized a public mailing list, the Elfinkind Digest, to reach elves and other individuals who identified as non-human but non-elfinkind. The subculture needed a more inclusive term for non-humans—and an efficient shorthand, too. So, Torin/Darren Stalder stated he coined otherkin for this purpose and also because he didn’t want to type out “elf/dragon/orc/etc.-kin” every time.

By July, 1990, both otherkin and otherkind came into use interchangeably in the community. While otherkind was initially more common, otherkin became the preferred term. The term is a compound of other (here, “non-human”) and kin (“relations,” especially used of closely related animals).

Other otherkin communities spread with the rise of the internet in the 1990s and 2000s, many catering to to different “kintypes,” or the specific type of otherkin an individual is (e.g., dragons or unicorns). Some of these groups were even regional, allowing members in the same area, such as Portland, Oregon, to connect offline. Social media, like Tumblr, continues to help otherkin connect and gives them a space online that is safe from the stigma and ridicule they face from many in the broader public.

Many otherkin consider their identification to be spiritual in nature, believing that they are actually a different species manifested in human form. These individuals experience the sensation of phantom appendages, like wings. Other otherkin simply identify with the animal, rather than as the animal itself, feeling a special connection to particular traits. Some otherkin identify as mythological creatures, such as vampires, angels, werewolves, fairies, or mermaids. Many otherkin also identify as more familiar animals (e.g., wolves or rabbits). These otherkin are also called therians, shortened from therianthrope (literally “beast people” in Ancient Greek).

Despite having the conviction it takes to make such a big jump, otherkin get a hell of a lot of criticism for their beliefs.
Amber Roberts, Vice, July, 2015
For me, it's a spiritual thing, though I do understand it being psychological for some people. I both like and dislike being otherkin.
SteampunkSkygod, Reddit, December, 2017
I am super excited to meet all of you, and hear stories and just in general talk to and meet all the wonderful Otherkin and Therians out there!
Fel, innerwildpodcast (Tumblr), February, 2018
SEE MORE EXAMPLES

Otherkin are often conflated with the furry fandom, as both have a strong connection to animals and mythical creatures. Though furries have a “fursona” that they identify strongly with, that doesn’t necessarily mean that they, as an individual, identify as non-human like otherkin would. In fact, less than 4% of furries identify as non-human.

Otherkin are disparaged online, especially in the context of non-binary gender expression. Some mockers go so far as to say that they identify as “cupcakekin” or something silly in an attempt to satirize otherkin.

This is not meant to be a formal definition of otherkin like most terms we define on Dictionary.com, but is rather an informal word summary that hopefully touches upon the key aspects of the meaning and usage of otherkin that will help our users expand their word mastery.