What does Parental Advisory mean?

Parental Advisory refers to a warning label, typically applied to music products, that signifies there is explicit content that may be inappropriate for children.

Where does Parental Advisory come from? 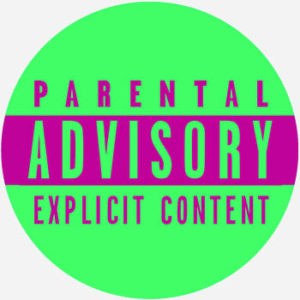 The Parental Advisory label was started by a political group in the 1980s called the Parents Music Resource Center (PMRC). The PRMC was led by several prominent women with connections in Washington, including then-future Second Lady of the United States, Mary “Tipper” Gore.

Founding members of the PMRC were disturbed by sexually suggestive lyrics in Madonna’s “Like a Virgin” after its release in 1984. They also leveled complaints against artists like Frank Zappa and Prince—whose “Darling Nikki,” referencing masturbation, was especially targeted as it reportedly prompted Gore to co-found the cause after she bought a copy for her daughter. The PMRC lobbied the head of the Recording Industry Association of America (RIAA) and dozens of record labels. Their efforts resulted in a US Senate hearing on the matter in 1985. After much debate, the now-standard black and white Parental Advisory: Explicit Lyrics label was introduced in the 1990s as a notice to parents that the content may feature strong language or deal with themes of sex, violence, or substance abuse and may not be suitable for younger listeners.

Albums with this label were unable to be sold in certain “family” stores, such as Walmart. So, musicians started creating clean versions to their albums, similar to radio edits of songs. While sorting this process out, there was one minor hiccup. In 1990, the group 2 Live Crew’s album As Nasty as They Wanna Be was declared illegal by a federal district judge. They were even arrested when they performed the songs afterward. The ruling was overturned, but it led to two versions of the album: the clean and the uncensored with the Parental Advisory label. Soon after, t-shirts with the Parental Advisory label and graphic became popular in the early ’90s as a way to show rebellion and make fun of conservatives. The t-shirt was worn in the 1992 film White Men Can’t Jump.

The phrase Parental Advisory: Explicit Content is commonly seen on CD cases and digital-music platforms like iTunes. It’s found in the bottom right-hand corner of an album or single.

Rep. Maxine Waters (D-CA) thinks there should be a parental advisory each time President Donald Trump appears on TV.
Christina Gregg, AOL, February, 2018
I’ll never forget when I got the Jay Z Linking Park collision course CD for Christmas when I was younger and my dad took it because of the parental advisory stamp on the front. Still makes me sad to this day 😢
@allen_bjur, March, 2018
Susan Baker says it still gives her a smile when she sees a Parental Advisory sticker and knows she helped make that happen. But some of the artists targeted by the organization describe career downturns, label woes and—in some instances—death threats in the aftermath of the hearings.
Zach Schonfeld, Newsweek, September, 2015
SEE MORE EXAMPLES

The term and label are sometimes reappropriated as an indicator of transgressiveness. In this sense, the PAL might be considered a “badge of honor.” For example, rapper Tyler the Creator released his debut mixtape Bastard with the PAL logo on its cover, despite not being legally required to do so.

The Parental Advisory label is occasionally used as a metaphor for other instances when an explicit warning is required (e.g., crass political speech).

This is not meant to be a formal definition of Parental Advisory like most terms we define on Dictionary.com, but is rather an informal word summary that hopefully touches upon the key aspects of the meaning and usage of Parental Advisory that will help our users expand their word mastery.