What does trashtag mean?

Trashtag refers to an internet challenge and hashtag campaign where people clean up a heavily littered area, posting before and after photos with the hashtag #trashtag.

Where does trashtag come from? 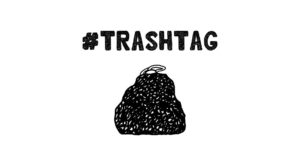 Trashtag is based on hashtag and widely appears in hashtag form as #trashtag on social media.

On March 5, 2019, a man named Byron Román wrote on Facebook: “Here is a new #challenge for all you bored teens. Take a photo of an area that needs some cleaning or maintenance, then take a photo after you have done something about it, and post it.” The post captioned of photo of him in a littered section of woods before and after he cleaned it up.

Here is a new #challenge for all you bored teens. Take a photo of an area that needs some cleaning or maintenance, then take a photo after you have done something about it, and post it.

As Román told Time, a Guatemalan friend of his took the photos and posted a similar message in Spanish. Román translated the post and added the hashtags #BasuraChallenge and #trashtag. (Basura is Spanish for “trash.”)

Over the next several days, Román’s post went viral, with many people taking up Román’s challenge and posting before-and-after photos with #trashtag.

Here's my contribution to #trashtag. My (large) family and I cleaned up this beach we camped near over the summer! (from u/EMC2_trooper) https://t.co/Y60JRkMwmS pic.twitter.com/yf8HHqa3Ar

Viral #trashtag challenge inspires bored teens — and tens of thousands of others — to clean the planet https://t.co/wZzu5jot7E pic.twitter.com/KPqpPPwELG

Reaction to the #trashtag was overwhelmingly positive, although some, of course, took the opportunity to mock the challenge’s participants.

That said, it’s hard to argue against the worthiness of this social media challenge. If nothing else, it’s doing more to affect positive change than slacktivism.

Honestly, #trashtag is ingenious. If you want people to do something, you gotta make them do it for fake internet points.

Internet Users Are Getting Their Hands Dirty with the #Trashtag Challenge: 'Way to Go, Humanity!'
Char Adams (headline), People, March 2019
I wanna do a trashtag so bad. But I don’t know what area in Houston needs it. If someone knows and wants to do it, let’s plan it!!!
@przviv, March 2019 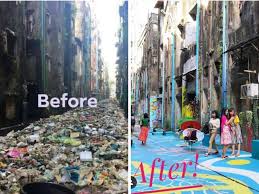 True to Román’s original post, trashtag is used to hashtag posts where people post before-and-after pictures of an area they’ve cleaned up. Sometimes the act of doing such a cleanup is referred to as a trashtag.

This is just a work of an hour! #trashtag #pics pic.twitter.com/Bl4A4IKLZ9

Along the Potomac River south of Washington, DC #trashtag pic.twitter.com/n2uPL52LZG

True to internet form, #trashtag sometimes accompanies parodies of the challenge. For the most part, though, participants seem to take pride in their contributions to a cleaner, more beautiful environment.

This is not meant to be a formal definition of trashtag like most terms we define on Dictionary.com, but is rather an informal word summary that hopefully touches upon the key aspects of the meaning and usage of trashtag that will help our users expand their word mastery.