Wubba lubba dub dub is a nonsense catchphrase from with the adult cartoon Rick and Morty that has inspired memes, attempts at silly definitions, and some self-importance from fans of the show who think they are smarter than they actually are.

Where does wubba lubba dub dub come from? 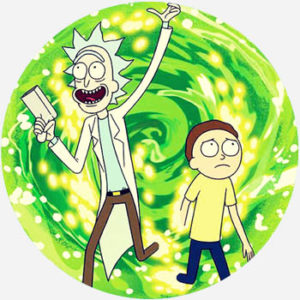 Many popular TV characters have a distinctive catchphrase, but in the case of Rich Sanchez—the alcoholic mad scientist who stars in the adult TV cartoon Rick and Morty—that catchphrase is particularly, and intentionally, ridiculous.

The line first appeared in the 2014 episode “Meseeks and Destroy” (Season 1, Episode 5) in which Rick invents the term specifically so he can use it as his catchphrase. Series creators Dan Harmon and Justin Roiland have explained that the phrase was created entirely as a mockery of the silly catchphrases used by TV and film characters (Bazinga! Yabba dabba doo! Dy-no-mite!).

The phrase was written into the script as a Three Stooges-esque nonsense sound complete with a twirl and nostalgically inspired by the energetic 1990s talk-show hosting of Arsenio Hall.

Harmon and Roiland hoped the phrase wouldn’t catch on—“the dumbest thing in the world,” they said—but they underestimated, er over-estimated, their fans, who have been trying to define it ever since.

Google data shows the phrase only grew in popularity, peaking in 2017, coinciding with an internet joke. Spread by some of the show’s more snobbish fans, the joke—part of “You have to have a very high IQ to understand Rick and Morty” memes—joked that wubba lubba dub dub was an obscure reference to the work of Russian novelist Ivan Turgenev. (It isn’t.)

However, the series creators did “define” the phrase, at least within the world of the show. In the 2014 episode “Ricksy Business” (Season 1, Episode 11), the character Birdperson reveals that in his language, wubba lubba dub dub means, “I am in great pain, please help me.”

So really, anytime someone says wubba lubba dub dub, we should be giving them a big hug instead of laughing.

If Rick and Morty was an anime would people watch the Wubba Lubba Dub Dub
@Avianite, May, 2018
Wubba-lubba-dub-dub! Adult Swim Orders 70 New Episodes Of 'Rick And Morty'
Rob Salkowitz, Forbes (headline), May, 2018
"I watch Rick and Morty." The whole room is shocked at my overwhelming intelligence. "...how? I can never understand its sheer nuance and subtlety." "Well...WUBBA LUBBA DUB DUB!" One person laughs, and I turn to see who the fellow genius is. It's none other than Albert Einstein.
@danryanbenson, May, 2018
SEE MORE EXAMPLES