What does Zeta Tau Alpha mean?

Zeta Tau Alpha is a historic and leading women’s fraternity and foundation founded at Longwood University in Virginia in 1898.

Where does Zeta Tau Alpha come from? 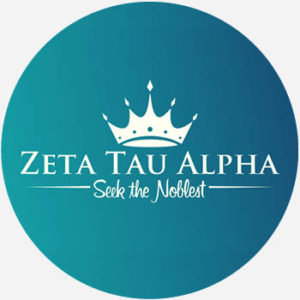 Phi Beta Kappa was the first official fraternity in the US, founded at the College of William and Mary in 1775, based on earlier secret student societies. It also began the tradition of using Greek letters for such university-based organizations, here choosing phi, beta, and kappa based on an abbreviation of their motto, Love of wisdom is the guide of life, in Greek.

While Phi Beta Kappa was (and is) based around academic standing, the Kappa Alpha Society is considered one of the first social fraternities, founded by students at Union College in Schenectady, New York in 1825.

Women’s fraternities, as they originally called themselves, emerged in the mid-1800s following the establishment of women’s colleges, led by Alpha Delta Pi, founded as the Adelphean Society in 1851 at then Wesleyan Women’s College. In 1882, Syracuse University’s Gamma Phi Beta was the first women’s fraternity to call themselves a sorority, based on the Latin for “sister” (vs. fraternity, rooted in the Latin for “brother”). 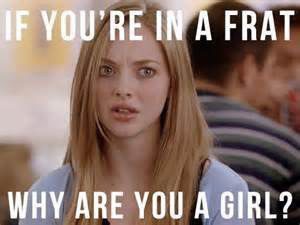 Zeta Tau Alpha is part of the original Farmville Four, a group of four national Greek women’s organizations founded at Longwood University. The other three are Alpha Sigma Alpha, Kappa Delta, and Sigma Sigma Sigma. Zeta Tau Alpha has 171 active collegiate chapters across the US and more than 257,000 initiated members. Its charitable foundation, founded in 1954, focuses on breast-cancer education and awareness (hence its slogan Think Pink) and partners with the American Cancer Society and the NFL to that end.

Its symbols include a five-pointed crown (atop the Greek for Themis, a female personification of divine law) and a strawberry (a gift of which helped inspire its formation in 1898). Its motto is “Seek the Noblest.”

Some of their well-known alumnae include journalist Betty Nguyen, award-winning actress Betty Buckley, and Brigadier General Margaret A. Brewer, the first woman general officer of the United States Marine Corps.

I love me some Zetas 🗣
@Tizzle_TV, April, 2018
...Congratulations to our newly initiated members Riki, Isabella, Raegan, Tran, and Kayla. We are so excited to see what the future holds for you as a Zeta Tau Alpha. Never forget what it means to be a true Zeta lady.
@LU_ZTA, April,2018
College sophomore Anita Itaman, who is vice president of programming for Panhel, said hearing about scholarships was one of the main things that reassured her during the rush process. Itaman, a first-generation, low-income student in Zeta Tau Alpha, receives both a national and campus scholarship to subsidize her dues.
Gianna Ferrarin, The Daily Pennsylvanian, April, 2018
SEE MORE EXAMPLES

Zeta Tau Alpha can refer to the organization itself or an individual member or alumna, though they often call themselves Zetas for short.

As noted, Zeta Tau Alpha technically calls itself a women’s fraternity, not a sorority, indicating a pride that it was founded by women independently, not as an offshoot of or counterpart to a male fraternity.

Members and alumnae may also show pride and camaraderie with various Zeta Tau Alpha-branded clothing, jewelry, and other merchandise.

Outside of in-organization contexts, the term is mainly used in discussions of Greek and university life more generally, frequently appearing during recruitment periods, or “rush week.”

Fraternities and sororities, however, have a reputation for partying in popular culture, and Zeta Tau Alpha is not exempt. Popular education website Owlcation has reported that Zetas are stereotyped as “Southern, exclusive, ‘hot’ in a fake way, partyers” while an Urban Dictionary entry from 2008 implies they are upstanding yet fun-loving.

This is not meant to be a formal definition of Zeta Tau Alpha like most terms we define on Dictionary.com, but is rather an informal word summary that hopefully touches upon the key aspects of the meaning and usage of Zeta Tau Alpha that will help our users expand their word mastery.