What does Zima mean?

Looking for “Zomething Different” and a time machine back to 1993? Try Zima. This clear malt beverage was a very, very 1990s alternative to beer and wine coolers.

Where does Zima come from?

Zima is a crystal-clear, citrus-flavored, lightly carbonated malt beverage brought to the world by Coors Brewing back in 1993. The name is taken from the word for “winter” in Slavic languages. 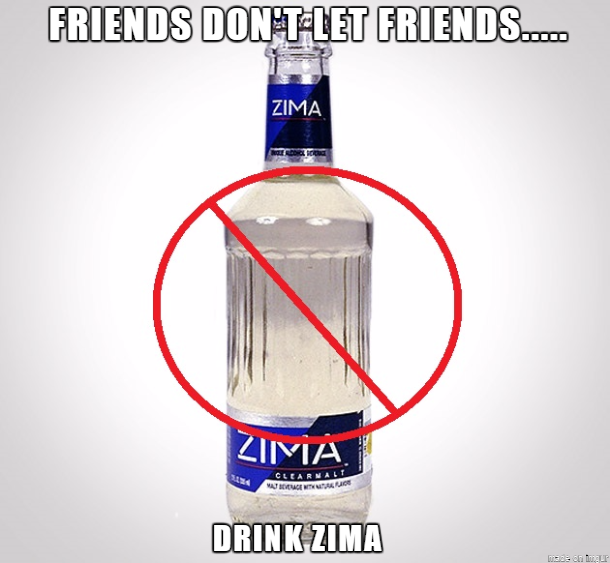 Zima joined Crystal Pepsi in the 1990s marketing craze for clear drinks. It peaked in 1994, following commercials featuring its stylish—by 1990s standards—hype man the Zima Guy, actor Roger Kabler. His gimmick was to replace the letter S with Z in conversation. He’d show up at backyard cookouts or bars, trying to convince folks about his fashionable new alternative to beer and wine coolers.

Yes, this was a thing.

Zima got other flavors after its 1990s success, including a huge flop: Zima Gold. Supposed to be bourbon-like with an amber tone, the brand tried to take steps to make a “masculine” counterpart to their flagship Zima. It was dead on arrival, pulled from the shelves after a year. 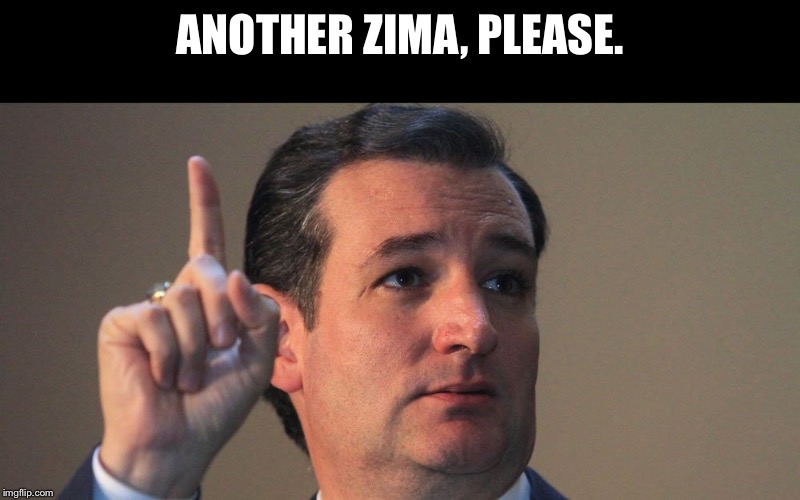 Despite constant ribbing in popular culture as a horrible, “girly” drink nobody asked for, Zima survived in the US until 2008, though it lives on in Japan—and was revived in a limited release in summer 2017. It proved so popular, at least nostalgically so, MillerCoors launched another release in 2018 in a scheme called Z2K, embracing all its 1990-ness. Zo, you might look out for a zix-pack of Zima at your next zummer barbecue.

Living 1993 all over again. #Zima
@amcfarla, July, 2018
"That was a solid 12 oz of regret"/ Best description of Zima I've ever heard
@KeeblerOrganElf, July, 2018
Everyone's favorite '90s drink is back on shelves. Zima, arguably the greatest flavored malt beverage of all-time, will make its triumphant return to stores nationwide this summer, but stock up your fridge because it'll be gone before you can say "I want to get frosted tips."
MillerCoors, PR Newswire, May, 2018
SEE MORE EXAMPLES

Zima is widely used in joking reference to the 1990s and its misbegotten cultural products.

“I’ll have a Zima!!!” pic.twitter.com/Dkt9AAGgfg

But the 1990s are cool again, so, Zima enjoys some ironic enjoyment from millennials nostalgic for their youth (you know when you stole Zimas out of your parents’ fridge in the garage)—something MillerCoors is fully capitalizing on.

Who needs to bathe during #Z2K? Nobody! So instead, fill that tub full of ZIMA and prepare for the end… again! https://t.co/rbB2TEfeqy pic.twitter.com/4ADR3S9qtB

This is not meant to be a formal definition of Zima like most terms we define on Dictionary.com, but is rather an informal word summary that hopefully touches upon the key aspects of the meaning and usage of Zima that will help our users expand their word mastery.