What does divine intervention mean?

Divine intervention is the interference of a deity in human life, popularly extended to any miraculous-seeming turn of events.

Where does divine intervention come from? 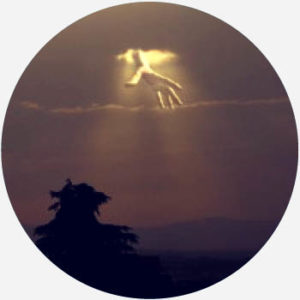 Divine intervention is the involvement (intervention) of a deity (divine) in the affairs of humans. Its form can de direct, such as the actual visual or auditory manifestation of a deity to humans, and indirect, such as a deity’s influence on weather. In the Christian religion, visions and miracles are often considered forms of divine intervention, with believers feeling they’ve appeared in the midst of a crisis or in response to prayers.

In the English language, divine intervention was widely discussed in Christian religious texts as providence—the foreseeing care and guidance of God—in the 14th century, with the phrase divine providence common by the 17th century. The particular phrase divine intervention, often implying the direction of God to prevent or stop some calamity, is well-established in religious literature by the beginning of the 1800s.

By the early 20th century, divine intervention entered into secular discourse to describe any event that appeared to have been guided by a greater force, especially for troubled events that suddenly, as if miraculously, turn out well. The phrase has become familiar enough to inspire various popular media titles. Musical artists from Slayer to the Backstreet Boys have used it as titles, for instance, as has Palestinian director Elia Suleiman for his 2002 film and Bette Midler for her 2015 tour.

Jerome Astwood was her partner on the Bermuda Police Service for many years before they “ever even considered dating”[...] Mr Astwood, 41, considers it a stroke of “divine intervention”.
Nadia Arandjelovic, The Royal Gazette, February, 2018
When it comes to the presidency, narratives of divine intervention have been woven into American cultural discourse from the beginning of what Whitehead calls America's “civil religion,” which he describes as a fusion of political and religious imagery.
Tara Isabella Burton, Vox, March, 2018
Yatagarasu 🎴🌸 In Japanese mythology, this flying creature is a raven or a jungle crow called Yatagarasu (八咫烏, "eight-span crow") and the appearance of the great bird is construed as evidence of the will of Heaven or divine intervention in human affairs...
@Kanzukiryuu, March, 2018
SEE MORE EXAMPLES

Divine intervention is used in formal theological, philosophical, and literary presentations and texts to describe the concept as it’s believed in a faith or developed in scripture and literature. Religious people may also invoke divine intervention to explain some outcome in their life.

In colloquial speech and writing, divine intervention may be a metaphor for some fortuitous event or well-timed coincidence chalked up to fate (à la it was meant to be). The phrase is often used in hyperbole, characterizing something so improbable it would take a figurative act of God to happen (e.g., Unless by divine intervention my dad changes his mind, I won’t be going to the concert this weekend.).

In and of itself, divine intervention doesn’t imply any particular religion’s supreme deity or deities, though in the West it often implies the Christian or Jewish God.