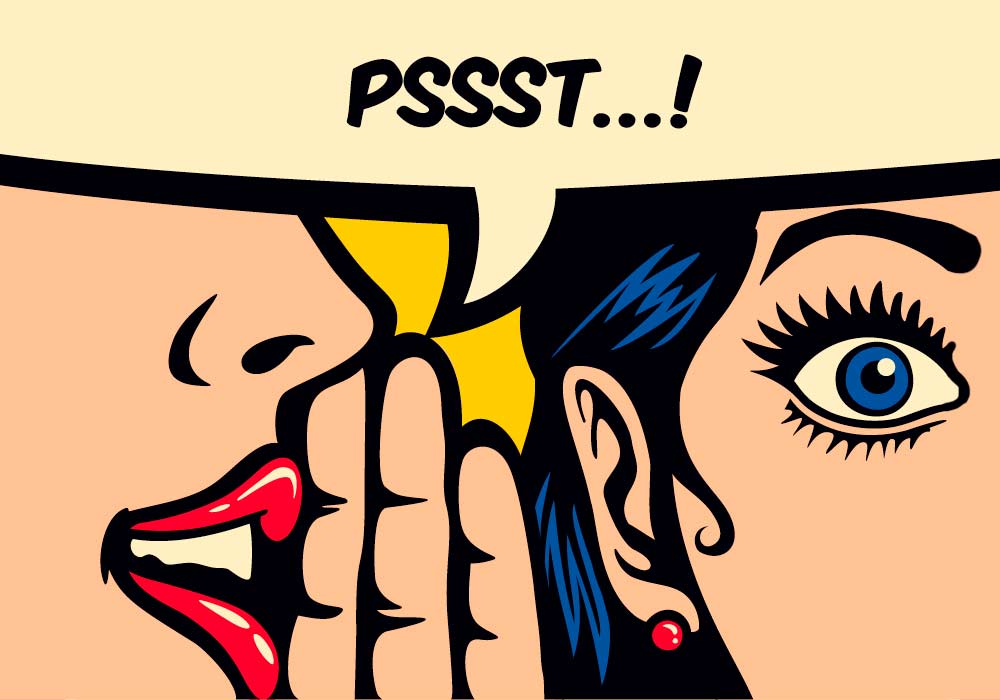 Gossip tends to have a negative association, but it didn't start out that way. The word gossip is rooted in the Old English term, godsibb, recorded sometime around 1014, meaning "a child’s godparent or sponsor at a baptism." Over time, and after a number of spelling changes, gossip came to mean "a good friend, usually a woman." By the 1500s, the word was mostly used for "idle chatter and rumor," as well as to describe the women who gathered to help in the birth of a baby. This use continued into the 1700s, and then waned. By the mid-1800s, gossip was used as both noun and verb, again meaning "idle chatter and rumor," and continues to be used that way today.

However, gossip isn't the only word used for this kind of banter. Before gossip was used (and when it fell out of favor) for "idle chatter and rumor," people needed some way to describe this age-old activity. Let's take a look at some lesser-known gossip synonyms to expand your vocabulary for when you dish out that next juicy secret. 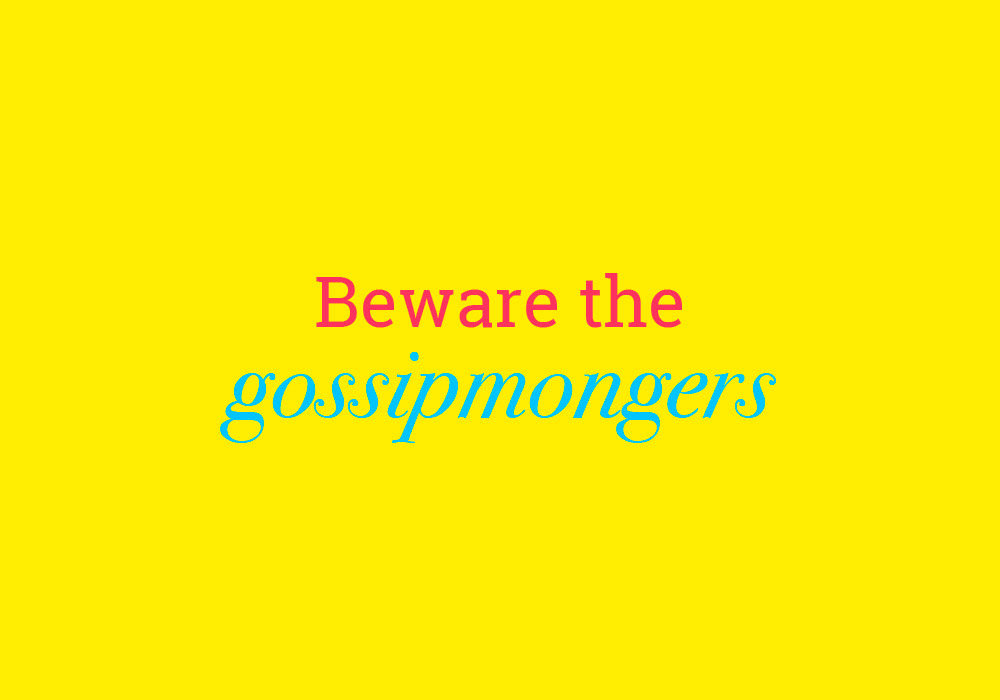 First used in the early 1800s, gossipmonger (meaning "a person who trades in gossip and rumors") saw exposure after earlier synonyms like fishmonger and newsmonger gained popularity. The word monger ("a person who is involved with something in a petty or contemptible way") is centuries old—going back to the 1200s—and is still in heavy use today.

Just tack on monger to any word, and you'll be able to create a new contemptible descriptor for your biggest foe. Examples: fashionmonger, hatemonger, or our least favorite monger, the wordmonger. 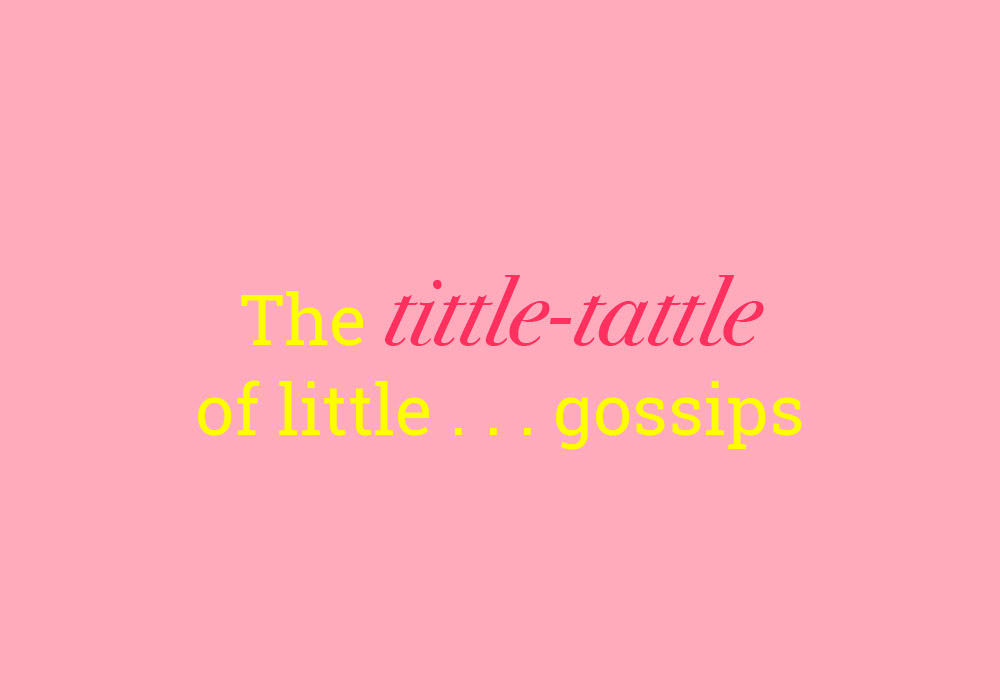 The tittle-tattle of little . . . gossips

Another early term—from the 1500s—is tittle-tattle, used as a verb for the action of gossip and as a noun for both the gossiping person and the idle talk itself. Pretty fun to say, no? It also is an early version of tattle-tale. And, our next ridiculous word is derived from this term, too. Don't you want to know what it is? See, enticing tidbits are intriguing . . . no wonder there are all of these words for gossip. 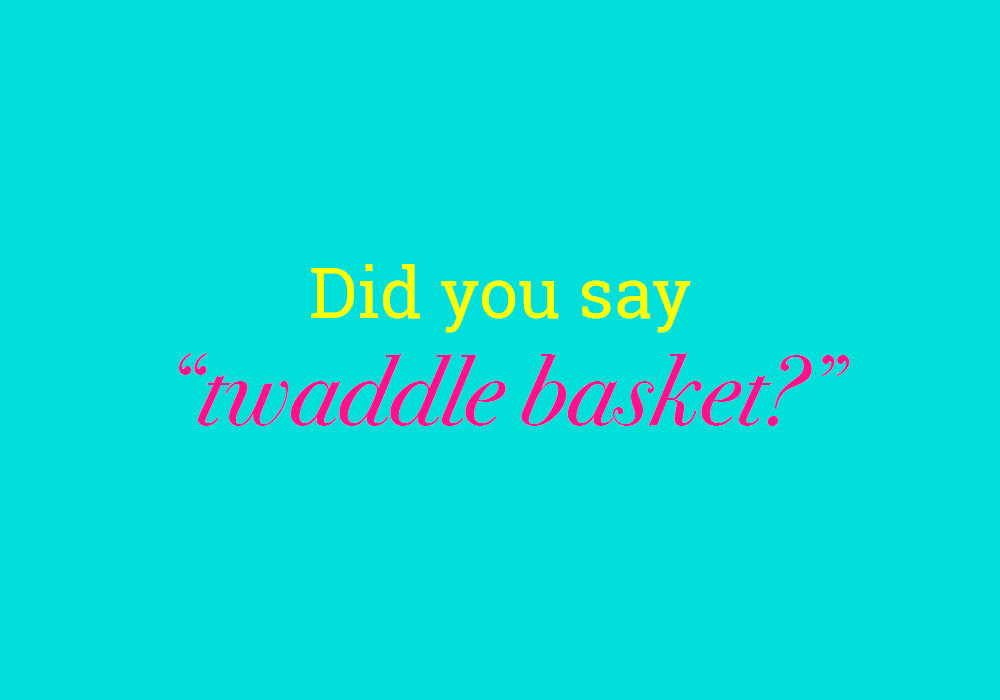 Did you say "twaddle basket?"

Tattle-tale, from tittle-tattle, from twiddle-twaddle. Sometimes words evolve very slowly, but when they leave behind gems like twaddle basket, a 1600s word for "a gossipmonger," it couldn't be a better surprise. We're casting a vote to bring this one back into our everyday lexicon. 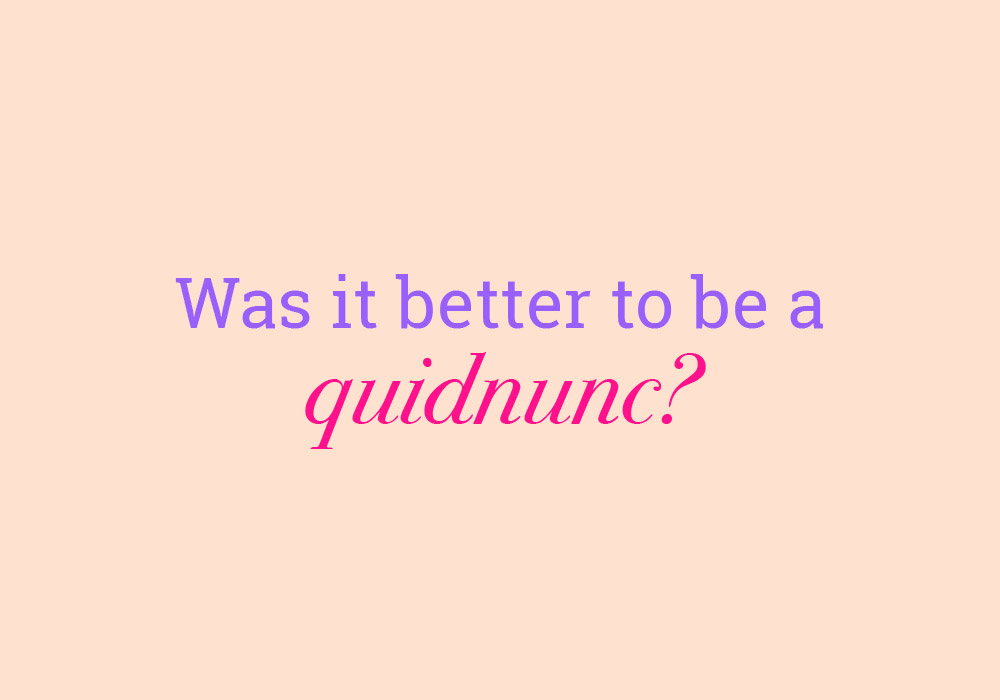 Was it better to be a quidnunc?

In the early 1700s, quidnunc was another gossip-themed noun that surfaced, describing "a person of idle chatter." From the Latin quid nunc?, meaning "what now?," the word evolved into something a bit more generous, implying that this is an inquisitive person who has some outdated news. A gossip who's late to the party. "Get with the times, quidnunc." 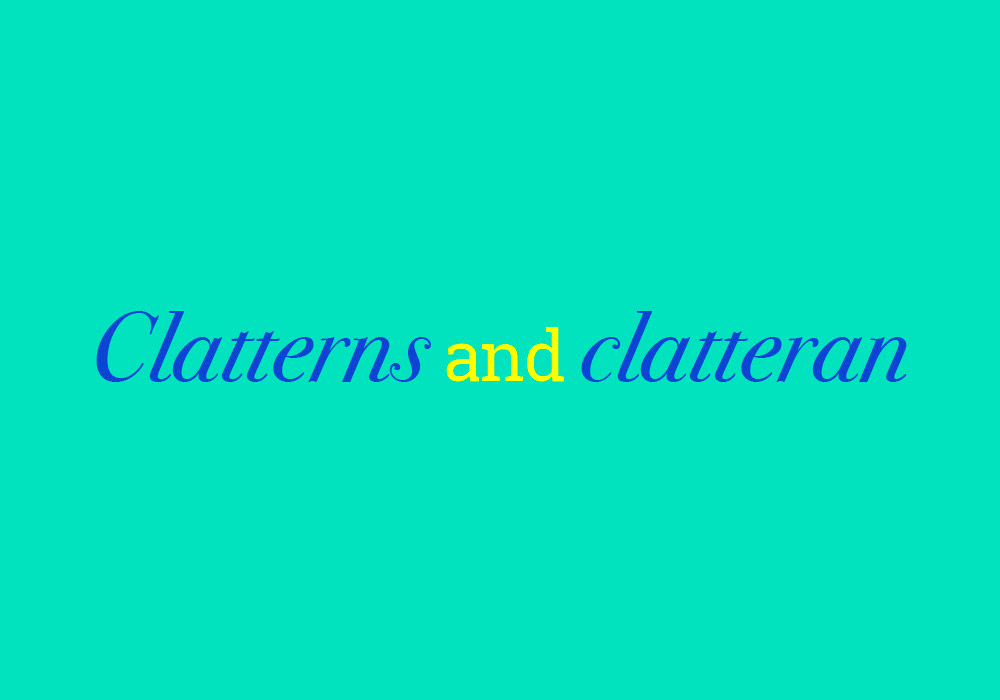 An old Scots term for gossip was clatter, which meant "to gossip or chatter on." In fact, we adopted that definition and use clatter this way in the English language too. And so, a clattern (or clatteran) was one who clattered. Simply put. 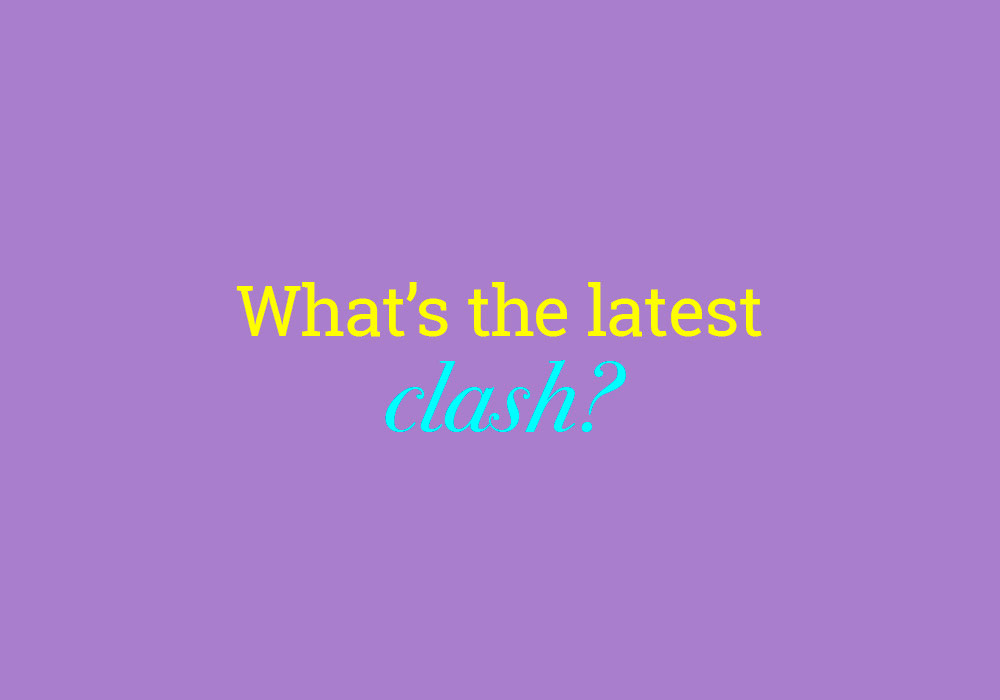 Another fun old Scottish term (1700–1800s) for "idle chat" is clishmaclaver (and clashmaclaver), with the shortened clash also recorded. Clash on meant to “tell tales on,” and was probably done by a right nasty clashbag. The English definition of clash ("to make a loud, harsh noise") could easily be derived from the Scottish meaning, in our opinion. Gossip can be seriously harsh sometimes. 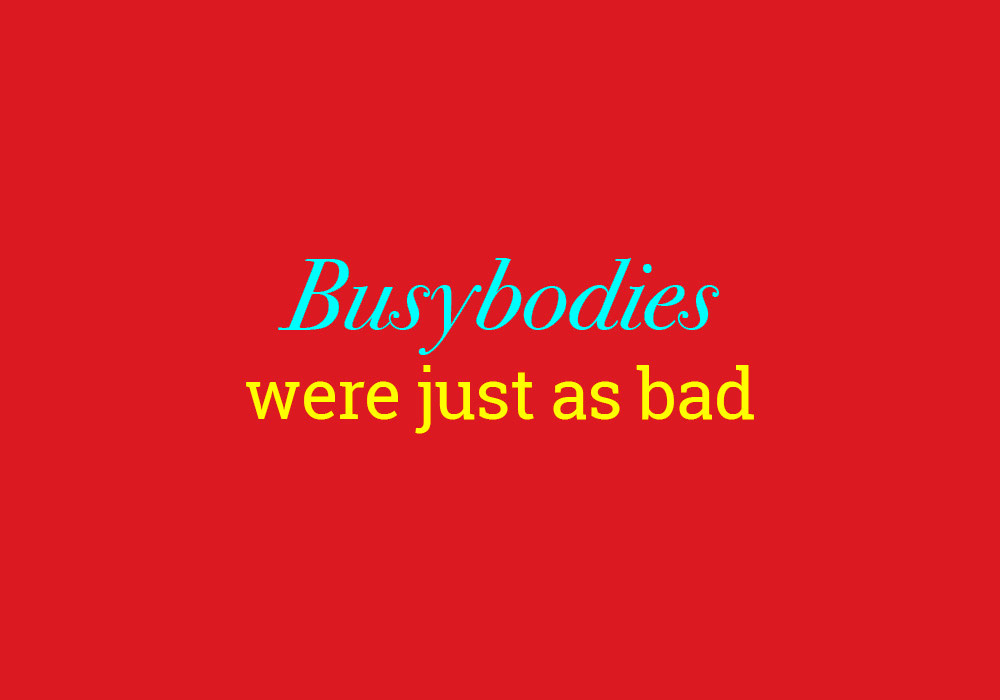 Busybodies were just as bad

First used in the 1500s, busybody is "a meddlesome, prying person, who inserts themselves into other people’s affairs." The intake of gossip fuels their officious ways. “A busiebody burns his own fingers,” wrote the minister and commentator Samuel Palmer in 1710. [Note: That spelling is not a typo! Oh, Early Modern English . . . .]

Scuttlebutt is used even today when referring to gossip, though it’s rooted in early seafaring lingo. A butt was another term for a barrel, with a scuttlebutt in particular being a barrel of drinking water around which sailors would gather. As with the communal fire pit, this place of gathering provided an environment natural for the exchange of news and hearsay.

In today’s culture, neighborhood hair salons and barbershops, coffee shops, or the modern scuttlebutt—the water cooler—offer the perks whilst dishing the news. 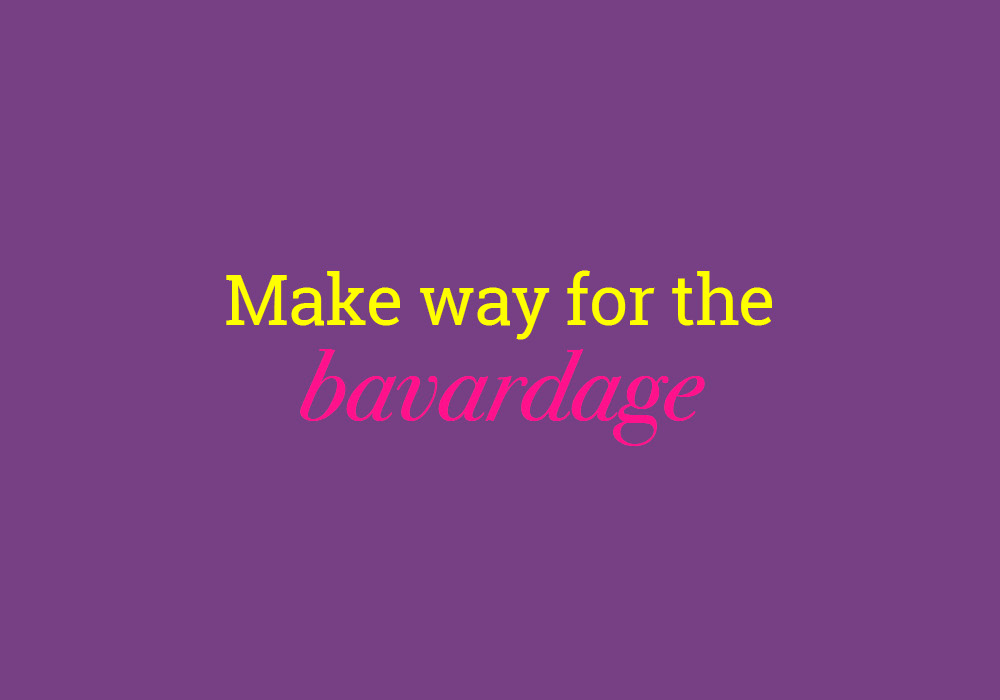 Make way for the bavardage

This 1800s French word sounds fancy, but it, too, simply means "idle talk." (Seems every country and culture needed to classify this type of "talk" in some way.) But, here’s a fun note: It’s rooted in the word bave, which means “drivel,” and the earliest definition of drivel is “spittle flowing from the mouth.” Later, in the 1800s, drivel came to mean silly nonsense . . . . silly nonsense that flowed from the mouth. 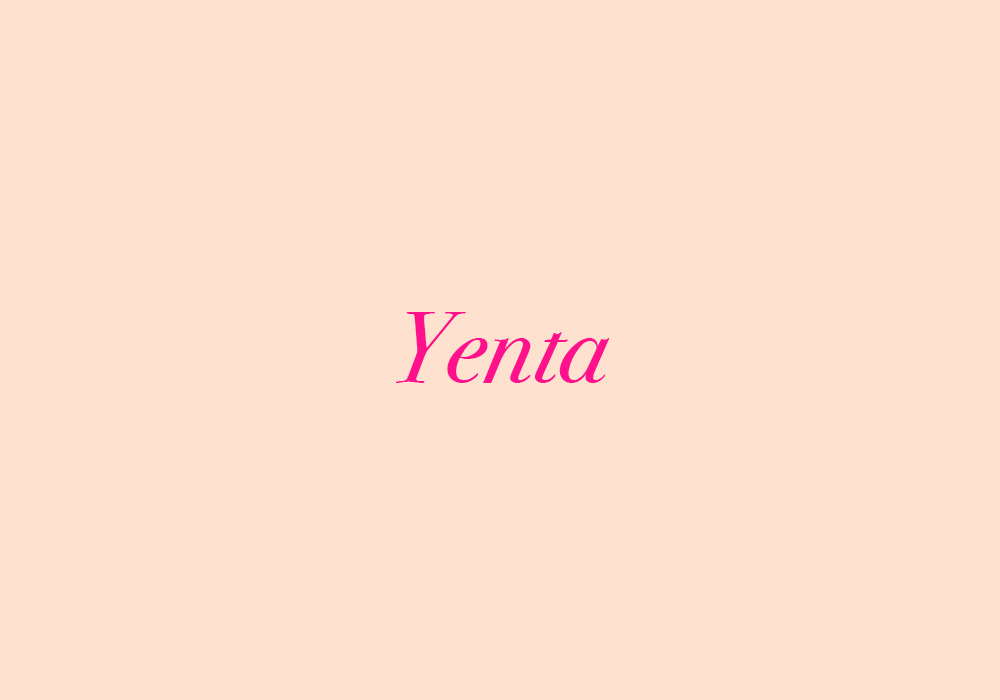 The 20th century Yiddish term yenta—also spelled yente—means both "a gossiping woman" and "a vulgar or aggressive woman." (If you’re interested in some gender balance, there is no male equivalent apparently, but there is the male-oriented Yiddish gem schmuck, for a fool or a jerk, and it literally means "penis.” Ha!) 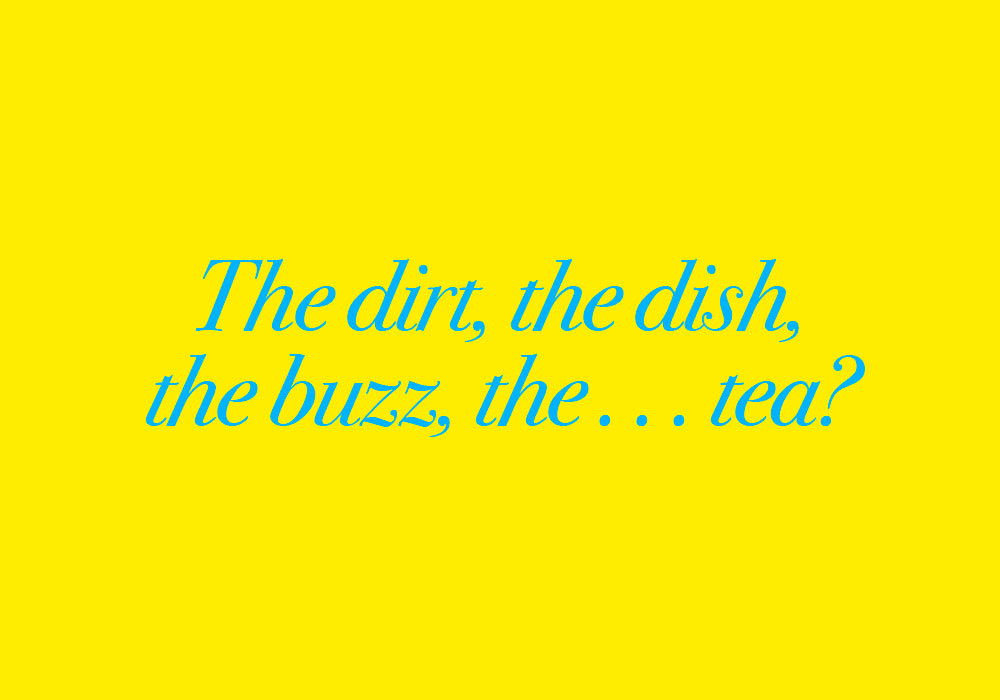 Gossip is still the most common term used for this particular form of information dissemination, with more informal words like dirt, dish, buzz and the 411 also in the lexicon. Tea is a newer word though: The origin of spill the tea or serve up the tea is thought to reside in the southern states, where women gather to share the latest news over pots and pitchers of tea. 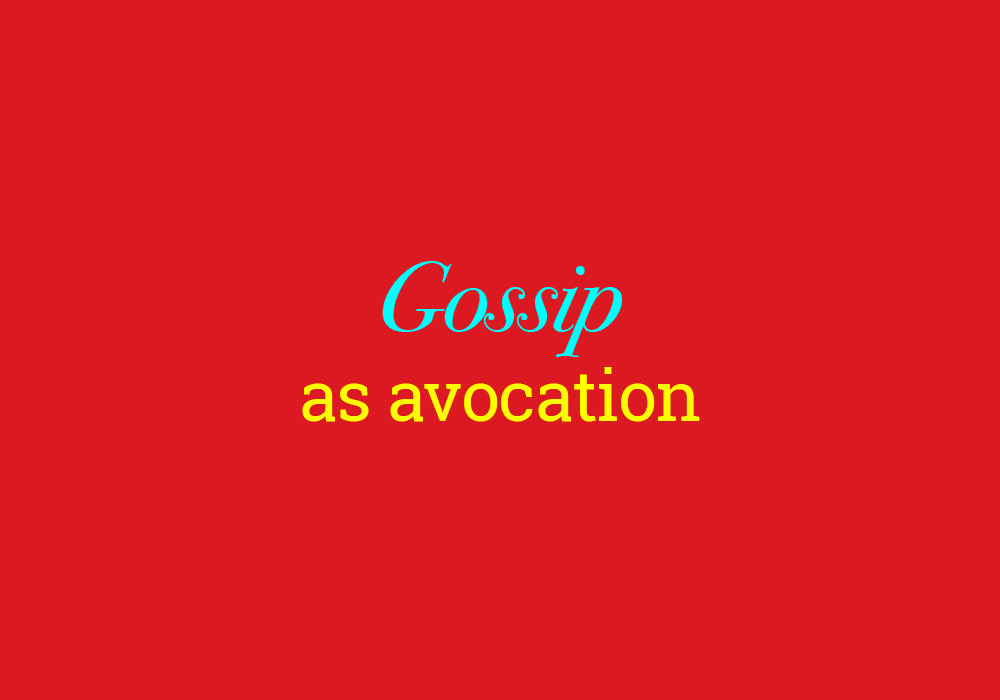 Gossip columnist long meant "a person who writes a column for a media outlet that is based on celebrity gossip." Today’s well-known purveyors of gossip (in very different media forms) include Perez Hilton and Courtney Hazlett.

The first famous gossip writer was a man, Walter Winchell, who was the “most feared journalist” of the early 20th century. He used a wide circle of contacts to write scandalous, and often career-killing, pieces. His start was in 1929 with the New York Daily Mirror newspaper. Today, newspapers, radio, television, the internet, podcasts, Twitter, blogs, and more offer an endless world of gossip rabbit holes. The gossip columnist lives on because, let's face it, people will never get sick of gossiping. 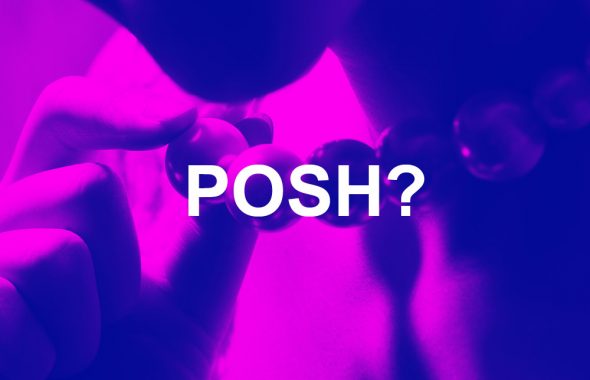 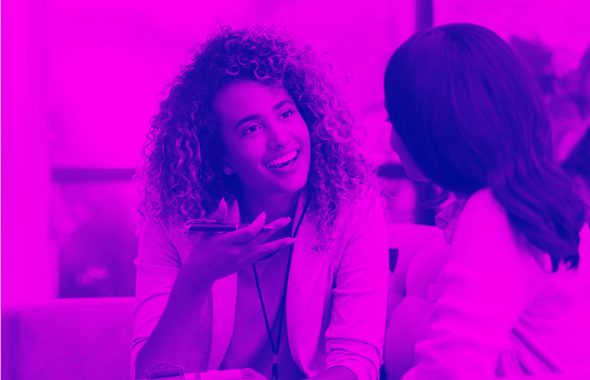