What does B-Dubs mean?

B-Dubs is a nickname for the US restaurant and sports bar Buffalo Wild Wings, which specializes in chicken wings.

Where does B-Dubs come from? 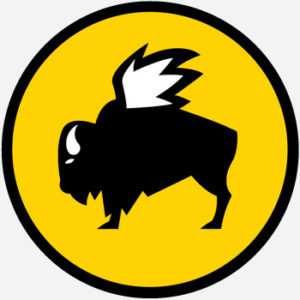 In 1998, the company changed its name, so a new abbreviation was needed. B-Dubs is the result of abbreviating Buffalo Wild Wings to the acronym BWW, and then pronouncing it: “bee-double-you,” which can be shortened to “bee-dubs.” This new nickname was registered with the US Patent and Trademark Office on October 2, 2007.

Google searches of the non-hyphenated term bdubs have steadily climbed since 2004 as social-media hashtags, which cannot include punctuation, have become more ubiquitous.

As long as you keep your school ID, you can still get your Sunday night student discount at B-Dubs.
Barack Obama, May 2015
Helping @BWWings get kids in team sports. Join our team & donate at your local #BDubs in October. #TeamUpForKids #ad
Dak Prescott, October 2016
For example, a recent tweet I said blamed millennials for killing restaurants such as Buffalo Wild Wings (last time I checked, every BDubs that I've been to has been doing just fine?).
Charlsley Carey, July 2017
SEE MORE EXAMPLES

Patrons of Buffalo Wild Wings regularly use the term B-Dubs on social media, most often as the hashtag “#bdubs.” The hashtag has been included in more than 200,000 Instagram posts alone.

The company itself also includes the nickname on its official website and social-media pages. The Buffalo Wild Wings mobile app is called B-Dubs, the restaurant’s quick-serve offshoot locations are called B-Dubs Express, and the chain opened in 2017 in India under the name B-Dubs.

This is not meant to be a formal definition of B-Dubs like most terms we define on Dictionary.com, but is rather an informal word summary that hopefully touches upon the key aspects of the meaning and usage of B-Dubs that will help our users expand their word mastery.