What does baby fever mean?

Baby fever is a colloquial term for the intense desire to have a baby.

Where does baby fever come from? 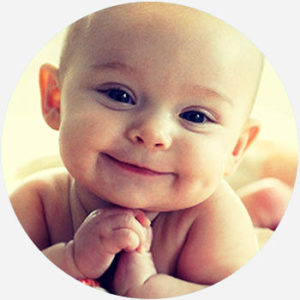 The term baby fever emerges by at least the 1990s, drawing on the long metaphorical use of fever for “passion” or “excitement.”

During the 2000s, online news sites and lifestyle publications began writing more frequently about baby fever, explaining what it is and why it happens—and perhaps coinciding with public interest in a trend of women having children later in life. Serious media outlets like US News and Live Science notably discussed baby fever in 2011 after a study confirmed it is a real phenomenon both men and women have outside of any societal expectations regarding having children. The science of baby fever especially focuses on the concept of the biological clock, or the period a person (especially a woman) is fertile and can produce healthy babies. Meanwhile, other glossier publications, such as SheKnows.com, lighten baby fever with quizzes, for instance, for women to see if they are crazy about having a baby.

While baby fever was originally used of women, given stubborn stereotypes about childrearing in Western culture, the term was increasingly applied to men in the 2010s.

...I do have baby fever something fierce though...

@Patrysha, December, 2007
Another band on yo baby momma, I don't love her neither / But on another note I got baby fever
Starlito, "Baby Fever" (lyrics), 2017
Now a new study in the psychological journal Emotion claims that "baby fever" -- that sudden, visceral, and almost irresistible urge to have a baby -- not only exists, it can be found in both men and women.
Diane Mapes, NBC News, August, 2011
SEE MORE EXAMPLES

The expression baby fever is widely used, often humorously and affectionately, to describe a woman who is seen to desperately want a baby. While it’s common in internet slang, found on blog forums and social media, it’s also used in everyday speech. For example, if your friend recently saw a mother with a baby and can’t stop talking about how cute the baby was and how much she’d like to have one of her own, you might tell her she has a bad case of baby fever.

Films titled with the expression mildly poke fun at motherhood and the urgent need for a baby some women feel—or are stereotyped to feel. Example include the 1994 Babyfever and the 2017 comedy Baby Fever. Plenty of authors also write about baby fever, titling their romance-fiction novels with the term, such as Kasey Michaels’s Baby Fever written in 1999 and Nicole Snow’s 2017 Baby Fever Bride.

The slang baby fever should not be confused with a baby’s fever, which refers to an actual baby with a high temperature that could be caused by a medical illness.

This is not meant to be a formal definition of baby fever like most terms we define on Dictionary.com, but is rather an informal word summary that hopefully touches upon the key aspects of the meaning and usage of baby fever that will help our users expand their word mastery.