Feedback
Battletoads
Beam me up, Scotty

What does Bazinga! mean?

Bazinga! It’s an interjection used to rub a good joke in someone’s face or cheer yourself on after a personal win, popularized as the catchphrase of the character Sheldon Cooper on the sitcom The Big Bang Theory.

Where does Bazinga! come from? 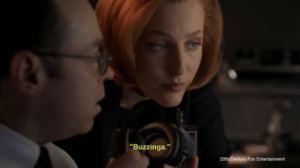 Huff Post
Elon sorry all these twitter communists are being so mean to you I think you’re “epic” please PayPal me $100,000 bazinga thanks
@Kelsie, July, 2018
On CBS' TV series, Cooper, played by actor Jim Parsons, uses the word after he pulls a trick on someone. Brazilian biologist Andre Nemesio from the Universidade Federal de Uberlandia recently discovered a new bee species that he thinks fits the "bazinga" bill.
Lauren Moraski, CBS News, January, 2013 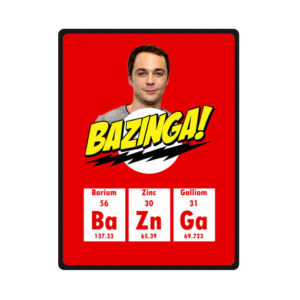 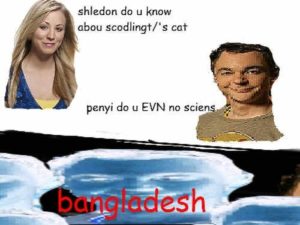 On The Big Bang Theory, Sheldon uses Bazinga! when getting a one-up on someone, whether with a prank, a joke, or a situation that ended up benefiting Sheldon in some way. Over the run of the series, it has evolved into a general exclamation of joy, too.

Fans of the show have picked up Bazinga! for their own wins. Some haters of the show cringe, though, when they hear Bazinga!, as they just can’t stand Big Bang Theory.

he said “bazinga” out loud in normal conversation I just….. pic.twitter.com/5lU4Vj5f5j

funnyjunk.com
Some Big Bang Theory trolls took to making crude MS Paint memes making fun of Bazinga! starting in 2011. Apparently originating on 4chan, these memes have distorted images and misspelled words and replaced Bazinga! with absurd but similar-sounding words. Way to get a real Bazinga! on the show, guys.

This is not meant to be a formal definition of Bazinga! like most terms we define on Dictionary.com, but is rather an informal word summary that hopefully touches upon the key aspects of the meaning and usage of Bazinga! that will help our users expand their word mastery.