What does brony mean?

A brony is a male fan of the television series My Little Pony: Friendship is Magic, and member of the brony fandom.

Where does brony come from? 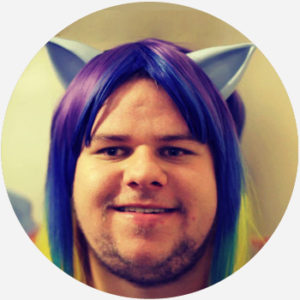 The show quickly gained interest on 4chan message boards, namely /co/ and /b/. In January 2011, the show-specific forum Equestria Daily was created, followed by the similarly themed forums Ponychan in February and Rainbowdash.net in April.

Interest in brony began to rise in March–April of 2011, though references existed as early as December 2010. A portmanteau of bro and pony, it references male fans of the show. While its coinage is attributed to 4chan users, it’s unclear who on 4chan was the originator. Google Trends interest spiked in July 2012, the same month over 4,000 fans gathered in New Jersey for the second annual BronyCon. In November 2012, a documentary entitled Bronies: The Extremely Unexpected Adult Fans of My Little Pony was released.

Brony, by the very nature of the word, refers to specifically male fans, though some women use the term to refer to themselves. Another term, pegasister exists as an alternate feminine form. As one of the Urban Dictionary entries for the term points out, pegasister is not a term that is universally accepted or used among the fan community in the way that brony is.

As bronies gained attention and the word became more widespread, so did their fandom. While the technical meaning of brony has remained the same, the larger connotation of brony fandom definitely evolved. Cartoon erotica exists in many fandoms, but by 2014 it became a defining feature of bronies, to the point where it is unavoidable when googling the names of characters on the show. This sexual component contributed to the outsider perception that bronies fetishize the characters as part of their fandom, though of course, this is only true of a segment of bronies.

“Please, I need an honest answer for a serious question. Is anybody ok with me being a brony? Please cut me slak… I didn't have a choice.”
@JeffKyler14 Twitter (March 11, 2017)
“Once on the train in Chicago i saw a huge brony-looking guy wearing a fedora and reading Lolita.”
REAL fast dachshund @Usain_Dachshund Twitter (March 12, 2017)
“there aint no problem w liking like, ponies and shit but if ur gonna say some dumb shit dont get mad when i say shut the fuck up brony etc”
Pearl @Pyonkotchi Twitter (March 12, 2017)
SEE MORE EXAMPLES

The stigmatization and perception of the brony is complex. Controversy surrounding the community has given it multiple meanings depending on inflection. Bronies have experienced ridicule as adult men who enjoy a children’s television show targeted toward little girls, and the term can be used as an insult.

But as brony originated in the fandom itself, and because, as the Daily Dot puts it, “Society already associates nerd culture with an image of a white man in his early 20s,” calling brony a slur when used disparagingly would be misleading. Additionally the critical response to bronies by those who use the term derisively is not just based in sexism. Some stigma regarding bronies is related to criticism of pornographic images of a show meant for children.

This is not meant to be a formal definition of brony like most terms we define on Dictionary.com, but is rather an informal word summary that hopefully touches upon the key aspects of the meaning and usage of brony that will help our users expand their word mastery.