Chalky is a term used in sports betting to mean a person has picked mostly favorites. Translation? If a person’s picks are chalky, they picked all of the teams that are most likely to win.

Chalky is often used in a light-hearted way for when a person plays it safe when betting on sports or picking teams to win.

March Madness, hard in the paint, ball is life

Where does chalky come from? 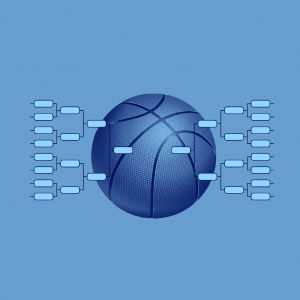 Chalky is an adjective version of the slang chalk. It means a person tends to pick all the favorites or their picks are heavily slanted toward the favorites. If a person picks “all chalk,” they pick all of the favorites.

It is unknown when exactly the term chalk was first coined, although it is commonly thought that it comes from horse racing. The most popular story goes that horse track oddsmakers used to keep track of the betting on a chalkboard. The favorite horse was listed first with the other horses listed beneath. The story goes that the oddsmaker would constantly have to erase the favorite horse to lower their odds so they wouldn’t lose money. Eventually, the favorite horse’s name would be a smudge of chalk.

In horse race slang, a “chalk eater” is a gambler who always bets on the favorite horse. This term dates back to at least the 1950s, which suggests chalk and chalky date back even further.

Over time, chalky has spread out from horse racing, and chalk-related slang has come to be used in all sports. The term is often used to playfully accuse someone of taking safe bets, or siding with the oddsmakers because they don’t know enough about the game to take a chance on the underdog.

For example, President Barack Obama was often said to make chalky picks during March Madness. (As president, Obama likely had no time to follow college sports and so simply went with the favorites to win.) In March Madness, going all chalk is seen to be a poor choice as it is highly unlikely that the oddsmakers (or anyone else) picked a perfect bracket.

Pres. Obama might want to rethink that chalky all No. 1 seeds strategy next year
@Brett_McMurphy, March 26, 2011
He has Gonzaga winning it all over Baylor in the title game, which is pretty chalky.
Kyle Boone, CBS Sports, March 19, 2021

Chalky is used in sports to mean someone picks all favorites or the favorites are winning more often.

This March Madness is very chalky so far.

Got a little (very) chalky with the US Open predictions, but hey, you're supposed to pick you think is going to win, right? https://t.co/TayPCTDfD6

This is not meant to be a formal definition of chalky like most terms we define on Dictionary.com, but is rather an informal word summary that hopefully touches upon the key aspects of the meaning and usage of chalky that will help our users expand their word mastery.