What does conversion therapy mean?

Conversion therapy refers to the widely discredited practice that attempts to change a person’s sexual orientation or gender identity.

Where does conversion therapy come from? 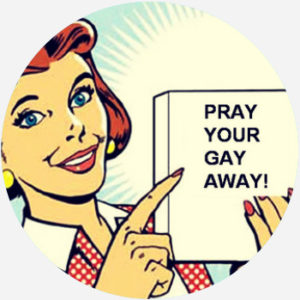 Prior to the term’s use to refer to gay people, it was used in the pharmaceutical industry and for religious conversion or baptism. During the late 1970s, the term conversion therapy began to be used for the process of attempting to turn gay people straight. Its synonym, reparative therapy came a bit later, in the 1990s. At this time, it was used exclusively to refer to attempts to change the sexual orientation of gay and lesbian people. Starting in the mid- to late 2000s, both transgender and bisexual people began to receive more recognition, and so the term became associated with them too.

Reparative therapy and conversion therapy have both been used. However, there appears to be greater interest in conversion therapy in recent years. Two major incidents may have sparked this. In 2014, a transgender teen, Leelah Alcorn committed suicide, explicitly citing conversion therapy as a motivating factor. The circumstances behind her suicide caused outrage across the country, which then-President Obama addressed. Conversion therapy was also linked to Vice President Mike Pence during the 2016 election, as he was accused of funding its continuation with federal dollars.

“I thought I would try @mike_pence's electroshock conversion therapy. I attached the probes to my nipples, and I think I'm gayer than ever!”
@dariennelake Twitter (November 17, 2016)
“While science was discrediting conversion therapy, high-profile ex-gay leaders were either apologizing and defecting to the other side or being exposed as frauds.”
Jonathan Merritt, “How Christians Turned Against Gay Conversion Therapy,” The Atlantic (April 15, 2015)
“In conversion therapy, David hoped to ‘cure’ himself of his homosexuality through prayer and scripture.”
Marissa Higgins, “What Gay Conversion Therapy Is,” Teen Vogue (December 8, 2016)
SEE MORE EXAMPLES

Conversion therapy is used both by proponents and opponents alike. Although, proponents tend toward the use of reparative therapy or toward language that suggests change or reorientation. Conversion therapy seems to be used as a more neutral term, although it is still politically charged, as it is used by organizations such as the Human Rights Campaign.

Conversion therapy is becoming a more catchall term over reparative therapy. So much so that while in office, former president Barack Obama urged the audience at the DNC’s LGBT Gala to continue to build on pro-LGBT progress by “support[ing] efforts to ban so-called ‘conversion therapy’ for minors.”

Conversion therapy may be used in reference to one-on-one biblical or non-biblical practices. This may include electroshock therapy, aversion therapy, a return to traditional gender roles, and more. It may also be used in the context of “camps,” where minors are sent to be turned straight, as in the 1999 movie But I’m a Cheerleader.

This is not meant to be a formal definition of conversion therapy like most terms we define on Dictionary.com, but is rather an informal word summary that hopefully touches upon the key aspects of the meaning and usage of conversion therapy that will help our users expand their word mastery.