What does cool story, bro mean?

Cool story, bro is the perfect, sarcastic response to tell someone that their story wasn’t, in fact, cool. That it was kind boring and pointless and a waste of time. The phrase also spawned an image macro meme, used to make the response even more biting.

Where does cool story, bro come from? 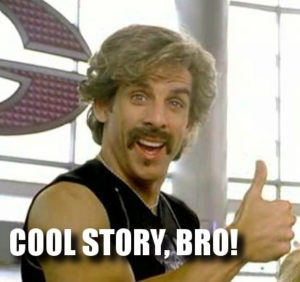 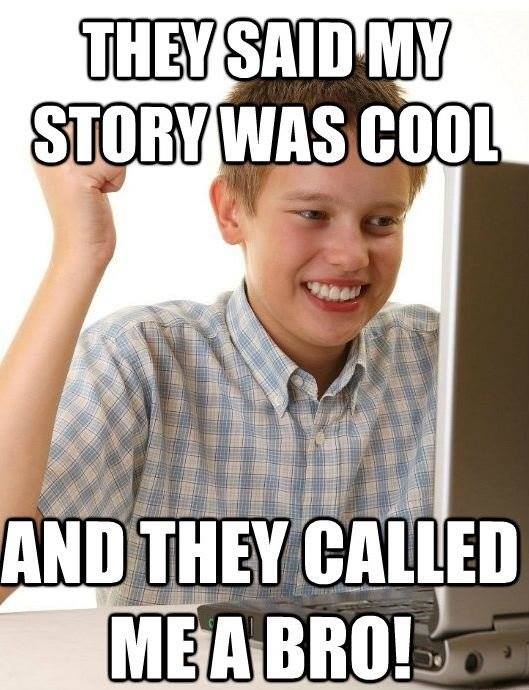 There was a time before our current irony-soaked age when bros earnestly acknowledged each other’s cool stories. You can see the exact phrase cool story, bro used without irony in online forums in the late 1990s and early 2000s.

The 2001 comedy movie Zoolander may feature a predecessor of the sarcastic cool story, bro. Owen Wilson’s character, Hansel, tells a rambling story about a peyote hallucination, to which another character replies “cool story, Hansel,” while laughing at him.

Cool story, bro appears to have taken off as a meme on 4chan in the mid to late 2000s. By 2009, it was well known enough to appear as a piece of graffiti in the zombie survival video game Left 4 Dead. The graffiti is next to a piece of heartfelt poetry written by one zombie-apocalypse survivor to another. (Not even the end of the world will save us from trolls.) The gaming site Destructoid commented that the characters in the game were likely 4channers. 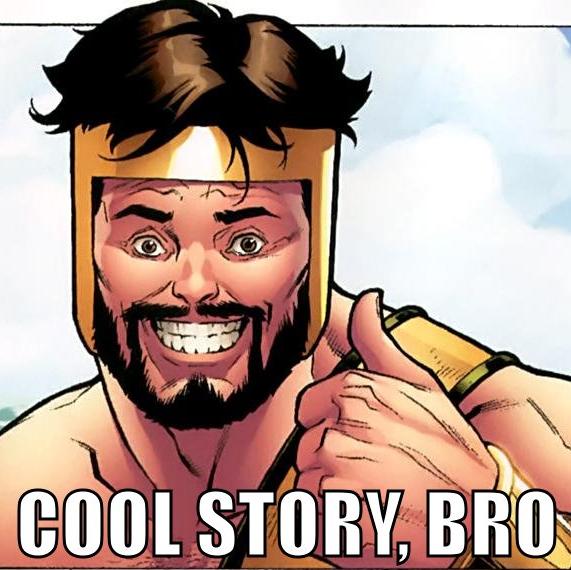 Sometimes, text alone just can’t hold your snark, so image macros with the caption cool story, bro began to emerge in the late 2000s. The most iconic one features Hercules from Marvel Comics giving a thumbs up and a forced grin. This picture was in circulation online by 2009.

By 2011, Slate wrote about the meme and Facebook named a conference room in its headquarters after it. It even gained enough traction to find use as a headline in the New Yorker in 2014 and the Village Voice in 2017. The New Yorker article put down the TV show True Detective for its “shallow deep talk” and “machismo,” making the bro part extra relevant. 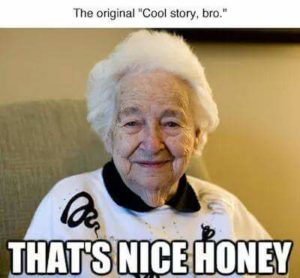 http://iambored.pro/
I hate when niggas be itching to reveal there past of crime and gang shit to me cause none of that shit is impressive. You held a shotgun in this girl face cause she stole $400, so? Did however many years... cool story bro
@noizeneighborz, August, 2018
In a recent interview with Esquire, [Tom] Hardy candidly spoke about his relationship with the royal for the first time. Disclaimer: He didn’t reveal much. But he did admit that their connection is “deeply private” before calling the prince a “legend.” Cool story, bro.
Greta Heggeness, PureWow, August, 2018
SEE MORE EXAMPLES

Cool story, bro is meant to be dismissive. A Slate article compared cool story, bro to the other favorite reply of the easily bored, tl;dr, but also pointed out that it can be used to brush off someone intentionally trying to rile people up. Fight trolling with trolling.

Variety is the spice of life, and so, there’s a cool story, bro variation for every occasion.

And, Herc isn’t the only one who’s in on the fun. Other images have been paired with cool story, bro, but they usually include someone giving a thumbs up (or two). 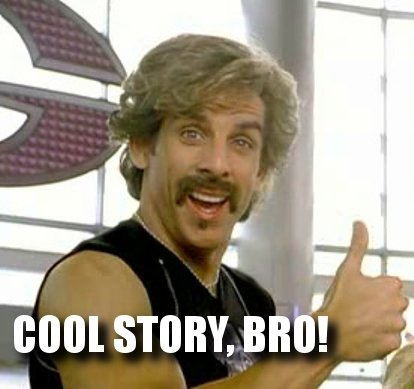 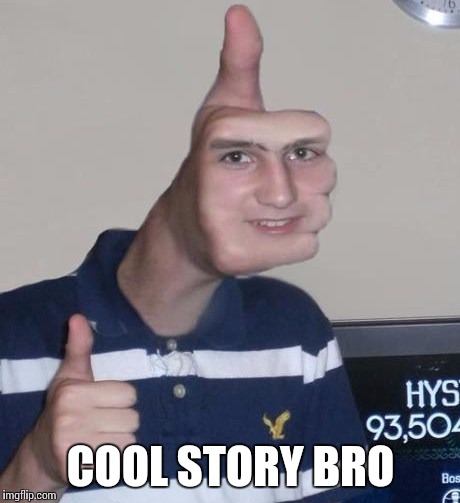 Sometimes, there are additional comments in the image macro like tell it again or changed my life just to drive the point home. 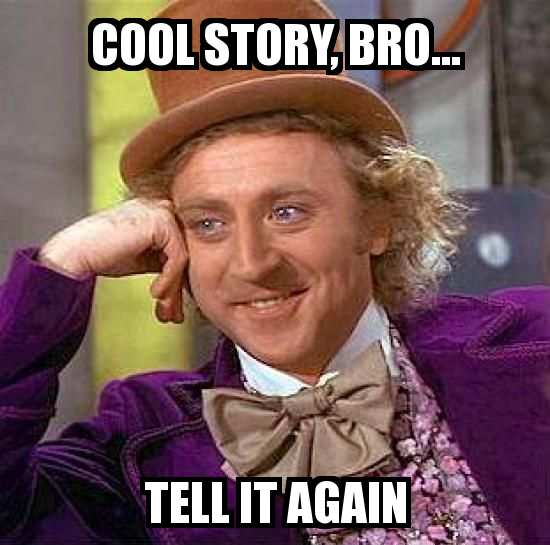 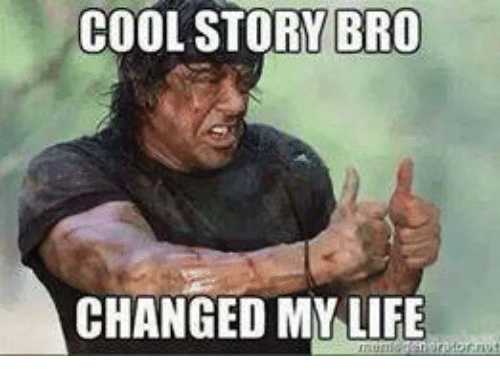 This is not meant to be a formal definition of cool story, bro like most terms we define on Dictionary.com, but is rather an informal word summary that hopefully touches upon the key aspects of the meaning and usage of cool story, bro that will help our users expand their word mastery.