What does doggo and pupper mean?

Doggo and pupper are affectionate terms for dog and puppy used in the internet slang called DoggoLingo. Heckin good words, 13/10!

Where does doggo come from? 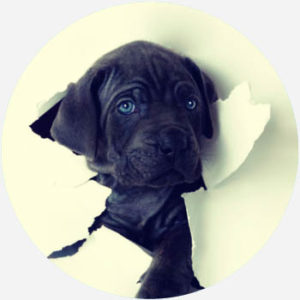 There is an entire internet slang language known as DoggoLingo, which emerged in the 2010s and drew on existing online culture, such as lolspeak, the snek meme, and Doge.

DoggoLingo uses cutesy spellings and doggy onomatopoeias like mlem, borf, and heckin to drool over man’s best friend online—and the many, many pictures and videos we post of them.

WATCH: Do You Know How To Speak DoggoLingo?

Doggo and pupper are two key words in the lingo. Doggos tend to be older and larger (duh!), and puppers, younger and smaller. A YouTube video, “What is a Pupper? What is a Doggo?”, explained the difference in May, 2017 around the peak of DoggoLingo. The adorable explainer has since had over 1.5 million views.

Though the exact progression of puppy to pupper and dog to doggo is unclear, there are a few instances that helped catapult the terms into popular lexicon.

In May, 2015, an image of a chihuahua wearing a hoodie was featured on 4chan. The image promised a good night’s rest to anyone who replied with “slight tight pupper.” Pupper changes puppy for greater cuteness. The chihuahua image spread to sites such as 9Gag, BodyBuilding, FunnyJunk, and Reddit’s r/4chanmeta, inspiring parodies of the image that often featured, and helped spread, pupper.

In 2008, a group called Dogspotting formed on Facebook devoted to—what else—dog pictures. It became very popular in 2014, especially in Australia. This is significant as Australians often add an affectionate -o to the end of words, giving rise to doggo.

Very funny guys. We only rate dogs. Please do not send in Happy Kitchen Bears. We will not rate them. Thank you… 12/10 pic.twitter.com/o43apVNaQh

DoggoLingo like doggo and pupper are used to comment on or post about cute dogs online—unlike Doge, which imagines the speech of dogs. They are almost always used in wholesome, loving, endearing, and affirming ways, with doggo or pupper-titled videos shared on social media for pick-me-ups and feel-good moments. 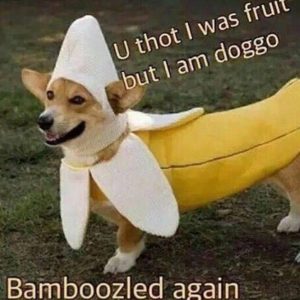 This is not meant to be a formal definition of doggo like most terms we define on Dictionary.com, but is rather an informal word summary that hopefully touches upon the key aspects of the meaning and usage of doggo that will help our users expand their word mastery.