What does fluffer mean?

Despite what it sounds like, a fluffer isn’t someone who stuffs toy animals. A fluffer is—or at least is said to be—someone on a pornographic film set that keeps a male performer’s penis erect in between scenes.

In the internet language of DoggoLingo, a fluffer is an extremely furry dog, such as a Pomeranian or Husky.

Where does fluffer come from? 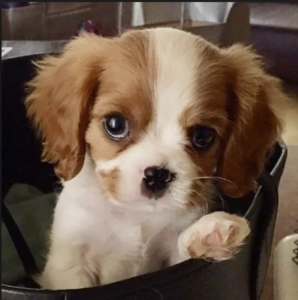 When you first hear the word fluffer, you may think of someone that fluffs pillows at a hotel, making them extra comfy. You wouldn’t be wrong, technically. Nor would you be if you thought they were people who staged homes, making them look more appealing to potential buyers, as they are indeed sometimes called.

But people of a certain age might chuckle if you do, because in the 1950s, a fluffer began referring to a person who kept male performer’s fluffed up, or erect, during a shoot. It makes sense, given shoots can go on for hours at a time. These very important people on set could be male or female, and are usually clothed. A fluffer is also usually only for men (sorry ladies).

Just when you thought "fluffer" was only an occupation within the adult film industry. https://t.co/MuDwUO7DCq

Now, abrupt shift. Back to the cute stuff. Fluffer is also a name for fluffy dogs in DoggoLingo, an internet language of affectionate terms for dogs and other animals, like pupper and smol, that took off in the 2010s. Fluffers also answer to an even fluffier name: floof, entered on Urban Dictionary by 2008.

Alternative definition for fluffernutter: when an adult actor prematurely ejaculates due to the handiwork of the fluffer. #stayforthedirtyjokes
@TheSciBabe, July 2018
I JUST PET A LIBRARY DOG / LOOK AT THIS FLUFFER
@Carrie_OBrien1, August 2018 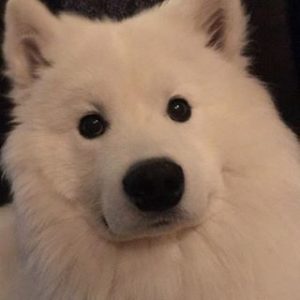 AutGram.Com
How is it possible to be a fluffer by accident? Often, it’s just by being there. The pressure of getting an erection in front of a small crowd — cameramen, light guys, gaffers, photographers — then climaxing on cue is a daunting task. Sometimes it helps to have a friendly female face among the mostly male crew. Like a PA, for instance. And it doesn’t hurt if that PA has dreamy brown eyes, a friendly disposition and a heart-shaped butt.
Anonymous, Ravishly, March 2015
SEE MORE EXAMPLES

Oh my, I just googled “fluffer” sometimes I hate being a non-native English speaker. I meant “cute fluffy mice” pic.twitter.com/STvtZPbNPK

As for the DoggoLingo fluffer, it doesn’t matter what breed a dog might be, whether it’s a Schnauzer in need of a cut or a Samoyed. As long as it looks fluffy, it can be a fluffer. Some may even use fluffer for cute dogs generally.

Cats can be referred to as fluffers, too, but don’t tell the doggos that.

This is not meant to be a formal definition of fluffer like most terms we define on Dictionary.com, but is rather an informal word summary that hopefully touches upon the key aspects of the meaning and usage of fluffer that will help our users expand their word mastery.