What does fuego mean?

Borrowed from the Spanish word for fire, fuego is used in English as a slang term for something “excellent” or “sexy,” with the phrase en fuego expressing something “on fire,” or “performing extremely well.”

Where does fuego come from? 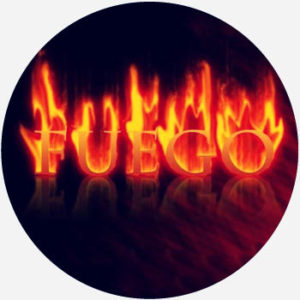 In Spanish, fuego means “fire” as well as “passion,” among other uses. The English slang adoption of fuego perhaps started with a 2002 Malcolm in the Middle TV episode, “Cliques,” which features a scene where Malcolm’s friends express their attraction to female classmates by referring to them as “en fuego.” The friend means she’s on fire, or she is hot, though the literal expression “on fire” is more properly en llamas in Spanish.

A different use of fuego surfaced in February, 2004, when Greg Dean’s webcomic Real Life Comics featured characters chanting “FUEGO!” as a rallying cry. Less than a week later, fuego earned a spot on UrbanDictionary, where it was defined as a “random phrase,” meant to be loudly shouted out. 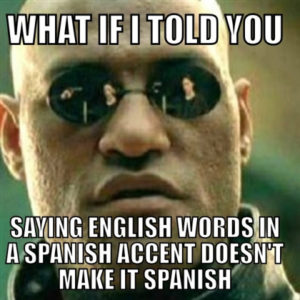 Other popular instances of fuego may have helped the Spanish loanword spread. In 2005, the Miami-based merengue singer Miguel Durán Jr. began using Fuego as his stage name. “Fuego” was also the name of a 2006 song by rapper Pitbull. The use of fuego within popular music continued in 2015, when alt-rock band Twenty One Pilots released the song “Polarize.” The track features a refrain, “Domingo en Fuego,” which roughly translates to “Sunday on fire,” apparently a lost religion reference.

Around 2015, English speakers began using en fuego to mean that something was “hot” or “awesome.” It is considered a bad calque, or loan translation, of Spanish words for English slang. In Spanish, en fuego does not carry its English meanings.

If I actually hit the gym my body would be fuego but im laZy :-(
@AlesiaG_, January, 2018
DeMar DeRozan is En Fuego, scoring 15 points in the second quarter alone.
NBA.com, April, 2017
PSA the vegan chicken nuggets from Trader Joe’s are straight FUEGO and literally have the same consistency as McDonald’s chicken nuggets
@ladymar44, January, 2018
SEE MORE EXAMPLES

Fuego, when used in English slang, often describes a person’s attractiveness, similar to the phrase “hot.” Fuego can also be shouted out as an exclamation, for the purpose of assembling people together.

Fuego is popular in sports, where it is used to describe a player or team who excels. For example, a football player who makes several touchdowns in a game could be proclaimed as being en fuego. Similarly, a team that has a long winning streak would also be en fuego (until they lose a game, anyway).

As with any word appropriated from a different language or culture, en fuego is potentially offensive to native Spanish speakers if used in a mocking way toward Spanish-speaking culture. It’s also important to recognize that it’s not an authentically Spanish slang phrase, even though it uses Spanish words. En fuego in Spanish has a literal sense of something being in a fire.

This is not meant to be a formal definition of fuego like most terms we define on Dictionary.com, but is rather an informal word summary that hopefully touches upon the key aspects of the meaning and usage of fuego that will help our users expand their word mastery.