or gibs me dat [gibz-mee-dat]

What does gibsmedat mean?

Gibsmedat is a disgusting, derogatory term for social welfare programs and the people who need them. It is often used by racists to refer to black people.

Where does gibsmedat come from? 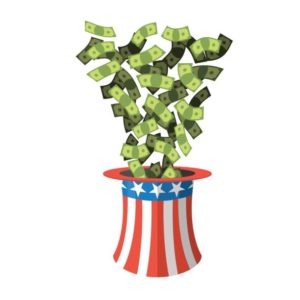 Gibsmedat stereotypes a poor black pronunciation of give me that. It comes from a racist view that black people seek out handouts (à la “welfare queen”), as if they are demanding the government to “give [them] that” money. Gibsmedat can also disparage black people as feeling entitled to reparations for slavery.

The term emerges online as early as March 9, 2011, when two people tweeted the term, one specifically citing it as a “black people word.”

Gibsmedat soon gained some traction on Twitter, also characterizing millennials as entitled, and the IRS as greedily demanding taxpayer money.

After reading the child-like demands, I think "entitlement generation" should just be changed to "gibsmedat generation." #OccupyWallStreet

Gibsmedat spread in 2012 on explicitly racist internet websites like Chimpania to disparage both welfare users and black people generally. That year, a racist definition for the term was entered on Urban Dictionary. By 2015, gibsmedat was common on the controversial 4chan forum Politically Incorrect (/pol/), frequented by white nationalists. The term continues to be used on social media among white nationalists and racists.

Gibs is stuff people want for free. As in "give me that." Also known as "gibsmedat" or the "gibsmedat industrial complex."

you mean spics and blacks? they're liberal about gibsmedats but hate gay people for some odd reason.
Anonymous, 4chan, October 2016
All forms of gibsmedat are only precursors to rioting and looting. Appeasing them is like getting rid of ants by pouring sugar in your house
@MarkTimms, August 2017 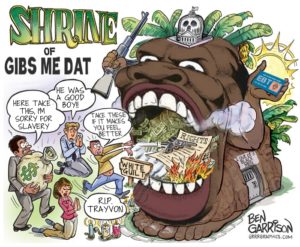 Occasionally, gibsmedat sees some innocent use—as far as we can tell—as a playful and colloquial form of give me that.

However, gibsmedat is much more commonly used by racists who wrongly think that black people, Latin American immigrants, and poor people more generally are lazy, welfare freeloaders. As such, gibsmedat can refer to social welfare programs (e.g., gibsmedats) and their users.

It's more rewarding. You never see any gratitude from the 'minorities' that you have to subsidise. Just more requests for 'gibsmedat'.

Any 'talks' in South Africa has one single memo on the agenda: gibsmedat whitey

Dear Liberals
Take your anger up with the DNC. They're the ones that stole the nom your gibsmedat candidate.
Stop destroying our country.

This is not meant to be a formal definition of gibsmedat like most terms we define on Dictionary.com, but is rather an informal word summary that hopefully touches upon the key aspects of the meaning and usage of gibsmedat that will help our users expand their word mastery.