What does hamster angle mean?

Hamster angle is a novelty term for when a selfie makes your face look chubby, like a hamster’s.

Where does hamster angle come from? 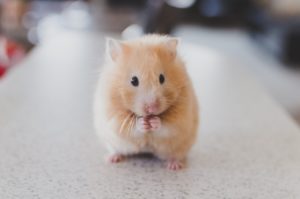 Hamsters have cute, chubby cheeks. When they stuff ’em with food, their even cuter and chubbier. So, someone with a round face is sometimes compared to a hamster and called hamster face. This epithet can be affectionate, self-deprecating, or insulting.

Now, most people like to to put their best foot forward on social media, posting only their finest selfies. Enter duck lips.

Also enter the problem of the hamster angle, which describes how, when angled from below, a cellphone camera can make sometime’s face look rounder, squishier, and chubbier. The hamster angle is one that people generally regard as undesirable. (This is why people often take selfies angled from above.) 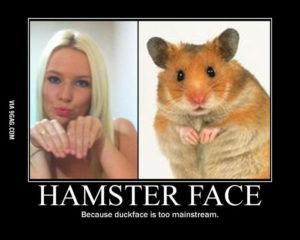 On May 28, 2019, hamster angle was added to Urban Dictionary, whose Twitter account tweeted it out on May 30. These are not the first appearances of the phrase, however.

We can find scattered search interest in hamster angle on Google Trends in 2013 and occasional instances of the phrase on Twitter starting in 2011. It’s been used for all sorts of random, idiosyncratic things unrelated to its unflattering selfie sense.

"@upintheV: These camera angles bang ” That’s a hamster angle
@AYoungMerchant, November 2014
And there I was, I accidentally called her and she saw me from a really chubby hamster angle
Micerama (user), Urban Dictionary, May 2019 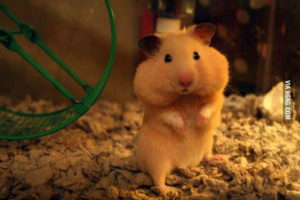 Hamster angle is mainly a novelty term, seeing only occasional use for selfies. The concept of the hamster angle implies it is undesirable, but some people may think it’s cute.

here is the Hamster Angle pic.twitter.com/GC7dBb0fcp

This is not meant to be a formal definition of hamster angle like most terms we define on Dictionary.com, but is rather an informal word summary that hopefully touches upon the key aspects of the meaning and usage of hamster angle that will help our users expand their word mastery.