What does hopeless romantic mean?

A hopeless romantic is a person who holds sentimental and idealistic views on love, especially in spite of experience, evidence, or exhortations otherwise.

Where does hopeless romantic come from? 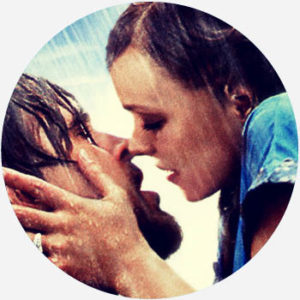 In Marie Price La Touche’s 1855 novel Lady Willoughby, a mother urges her son not to pursue a “hopeless, romantic attachment,” concerned he will thwart his prospects in life and work by rushing into marriage with an unworthy girl out of callow, foolish love. A 1917 article in the British magazine The Nation quotes a Mrs. McDonald to describe Charlotte Brontë as having a “tragical, hopeless, romantic love, that asks for nothing but acceptance.”

These early pairings of the modifiers hopeless and romantic suggested a passionate (romantic) yet ineffectual (hopeless) love, and anticipated its modern form, a hopeless romantic. The particular phrase appeared as early as 1926 in a short story collection, Georgian Stories, where it portrayed a character named George “as a hopeless romantic” who was “very much in love,” though others felt that as attractive as his love interest may have been, the relationship was not in George’s best interest.

Here, a romantic is a person with lofty, sentimental, idealistic views on life and love. It’s been used as a noun since the early 1800s. Hopeless characterizes the person as “incorrigible” or beyond the point of changing, suggesting the person knowingly persists in spite of risk, previous failure, or others’ cynicism about the possibility of true love.

Hopeless romantic spread as a phrase and character type in literature and literary magazines in the 1920 and ‘30s and was used for individuals who easily, recklessly, or repeatedly fall in love or chase after love for love’s sake, even when it’s impractical, unwise, or unseemly.

The phrase has continued as such in popular culture into the 2010s. It’s inspired many musicians: New Jersey punk band Bouncing Soul named their 1999 album Hopeless Romantic, for instance, while singer Meghan Trainor called a 2016 track “Hopeless Romantic.” Pop star Rihanna also notably used hopeless romantic in her 2011 song “Drunk on Love”: “I feel like I’m a hopeless romantic / I can’t help falling in love / I fiend for love / I want it, I crave it / I just can’t get enough.” There’s also a 2015 Filipino teen romance novel and movie, Para es Hopeless Romantic, which shows the cross-cultural currency the expression and archetype enjoys.

“I'm not that girl anymore. No longer the sweet hopeless romantic girl. Just the bitter cold one”
Juwee-sama @juwilminlagura Twitter (May 24, 2017)
“yup, it's official once again, I am a hopeless romantic, sap of a man, that will go to great lengths for a kiss! It was fantastic!”
Johnny Bilotta @johnnynines Twitter (August 10, 2007)
“I was a hopeless romantic trapped in the body of seething hussy. I missed intimacy. I wanted passion and companionship and deep discussion and lots of compliments delivered to me regularly without misgivings or posturing.”
Amy Sohn, Run Catch Kiss (July 10, 2000)
SEE MORE EXAMPLES

Plenty of websites offer listicles and quizzes to identify people as hopeless romantics, underscoring the use of hopeless romantic as popular personality type. Online and in casual conversation, hopeless romantic frequently serves as shorthand for having an interest in films, books, and songs with romantic stories or events like weddings.

It can also indicate that someone appreciates affectionate and chivalrous gestures like candlelit dinners, door-holding, or love letters, and that they believe in concepts like a soul mate or a one true love. This suggests hopeless romantic is popularly evolving to emphasize romance (if stereotypically so) over idealism.

While the phrase can be used judgmentally, hopeless romantic is often used as a proud self-confession, e.g., “I’m such a hopeless romantic,” implying the person knows, but isn’t shamed by, the perception of their views as naive or schmaltzy. Plenty of celebrities readily admit that they’re hopeless romantics.

Hopeless romantic has also inspired hopeful romantic, which is sometimes used (in part due to the connotation of hopeless with desperation) for a person who believes in ideals like true love but isn’t blinded or misguided.

This is not meant to be a formal definition of hopeless romantic like most terms we define on Dictionary.com, but is rather an informal word summary that hopefully touches upon the key aspects of the meaning and usage of hopeless romantic that will help our users expand their word mastery.