What does hurt locker mean?

Hurt locker is a slang term for a place of deep pain and discomfort. To be put in the hurt locker signifies that something profoundly troubling or painful has happened to you.

Where does hurt locker come from? 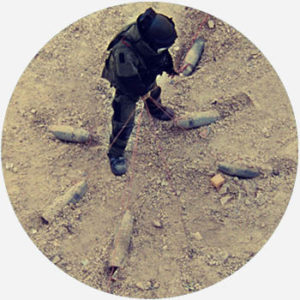 Hurt locker comes from US military slang. It first emerged during the Vietnam War. One of the earliest uses appeared an Associated Press article by John Wheeler on February 21, 1966: “If an army marches on its stomach, old Charlie is in the hurt locker,” with Charlie a nickname for the Viet Cong.

After the war, the term gained ground and remained popular thanks to war movies, documentaries, and personal memoirs, which helped push it into the broader lexicon.

The phrase was given a particular boost as the title of the 2008 film, Hurt Locker, which was about an army bomb squad. Master Sgt. Jeffrey S. Sarver, who was serving in Iraq in 2004, later claimed he coined the phrase hurt locker, in spite of the historical evidence.

“Oooh I was in the hurt locker today with a meeeean 10 round Chameleon/Komodo pyramid.”
Georgina Guzman Facebook (Feburary 27, 2017)
“The US economy is in the hurt locker. One surefire method of breathing life into the economy is to bring down energy prices.”
Kon Stolz Google (September 11, 2002)
“I pity whoever I run across next, as I will use this sword to put them in the hurt locker and then put that locker into an even bigger hurt locker”
“Chapter 6,” Stonekeep by RevBabyKiller (March 23, 2017)
SEE MORE EXAMPLES

Hurt locker is similar to many other military phrases, like a world of hurt or the hurt bag. These use a specialized sense of hurt that lexicographer Jonathan Lighter, his in Historical Dictionary of American Slang, describes as “trouble or suffering, esp. deliberately or callously inflicted.” Hurt, here, suggests any sort of trial you might be faced with, and locker, suggests a small confined space that can be shut with a key.

Hurt locker has enjoyed a range of metaphorical extensions, often used in the phrase to be in the hurt locker. Sports writers use hurt locker, for instance, to describe injured players or teams having a bad season. Economists may describe a company having a bad year or experiencing falling stock values as being in an economic hurt locker. Video gamers have taken to the expression as well to describe how they will dispatch with opponents or bad guys, as have fitness enthusiasts and trainers for intense workouts.

This is not meant to be a formal definition of hurt locker like most terms we define on Dictionary.com, but is rather an informal word summary that hopefully touches upon the key aspects of the meaning and usage of hurt locker that will help our users expand their word mastery.