Feedback
I see what you did t...
I'm bored

What does I swear mean?

I swear is used to make an oath of honesty, particularly in legal settings. In less formal use, I swear is used for emphasis or exaggeration when sharing something exciting, frustrating, or hard to believe.

Where does I swear come from? 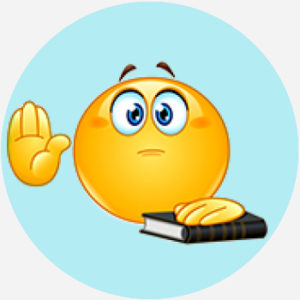 As such, the phrase I swear has long been associated with a promise that brings with it the punishments of perjury, whether divine or legal. In modern courtrooms, the phrase I swear is not to be used lightly, as one is submitting the following statement as truthful before the law. Today, I swear is widely used in similar solemn contexts, often also referencing the Bible (e.g., I swear on the Bible or I swear to God) to reinforce the seriousness of the situation.

From law and religion, I swear has drifted into romance. Here, it’s used in professions of love and commitment as seen in the pop song “I Swear,” a 1993 John Michael Montgomery country ballad covered by boy-band All-4-One in 1994. Both versions received critical acclaim and chart-topping positions in multiple countries. The song is known for its refrain: “I swear by the moon and the stars in the sky / I’ll be there.” I swear has also drifted into colloquial speech, where it’s used for emphasis in exciting or exasperating situations.

Examples of I swear

I swear if a likeable character dies, I’m done with this show forever.
Erum Salam, Her Campus, March, 2016
My dog just woke up from his nap, looked @ me & wagged his tail, then immediately passed out again. I swear y'all I would die for my pups 😭😭😍😍
@jesskrencicki_, March, 2018
All of a sudden, we were sitting at a table with this space pilot and a really tall guy, Jewbacca, all covered in hair. I swear to god, you never saw a hairier guy in all your life.
Neal Pollack, A Galaxy Not So Far Away, 2002
SEE MORE EXAMPLES

Who uses I swear?

Outside of law, the phrase I swear has widespread and various uses in colloquial speech and writing. For instance, when the legitimacy of a speaker’s unlikely story is called into question, they might respond defensively using I swear, as in, “I swear it’s true!” They might also use I swear to introduce a statement they know is untrue to signal an exaggeration, as in, “I swear it took me five years to get through that line.”

I swear is also popularly used in informal contexts to emphasize a particular point, as in “I swear, David Bowie is the most beautiful man to have ever lived.” I swear is often expanded in this tone to I swear to God. The use of the phrase here calls on the weight of I swear’s long legal and religious history but does not maintain the same level of seriousness. Instead, I swear conveys an exaggerated level of excitement. This use of I swear is commonly associated with animated younger people speaking in hyperbole.

I swear or I swear to God can also be used when one is piqued by a frustrating situation. When used this way, I swear often appears at the beginning of a sentence detailing what the speaker sees as an unfair matter and what they plan to do about it. For example, “I swear, she talks to me like I’m stupid” or “I swear, next time she talks to me like that, I’m leaving.” In writing, as we’ve noted here, I swear is often set off with a comma, leaving out the more formal-sounding that (e.g., I swear that).

This is not meant to be a formal definition of I swear like most terms we define on Dictionary.com, but is rather an informal word summary that hopefully touches upon the key aspects of the meaning and usage of I swear that will help our users expand their word mastery.