What does I'm bored mean?

I’m bored is a common way for kids (and internet users) to complain about their lack of interest in what’s going on around them. It’s often seen in expressions like I’m bored by/to/of/with (something).

You must be really bored if you’re looking up I’m bored in the dictionary. So, go look up dark matter and learn something new.

Where does I’m bored come from? 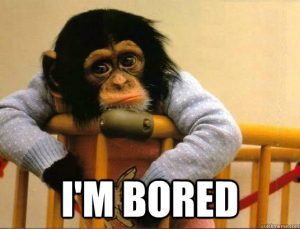 For most of the history of the English language, I’m bored would mean you were drilled, or bored, with a hole. This bore is a Germanic word meaning “to pierce” and is found in Old English.

But sometime in the mid-1700s, bore came to refer to a “tedious person or situation” or “to be wearisome.” It’s from this verbal bore that we get the past participle bored. 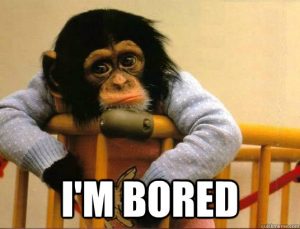 We can find plenty of instances of I’m bored in some pretty boring early works, including in plays, poetry, and children’s stories. In the 1803 Dramatic Works of Baron Kotzebue, a passage reads: “…’pon my soul I’m bored to death with them; but, to say the truth, I’m bored with every thing and every body.” This phrase bored to death proved its staying power, as seen in the name of the 2009–11 HBO comedy, Bored to Death. 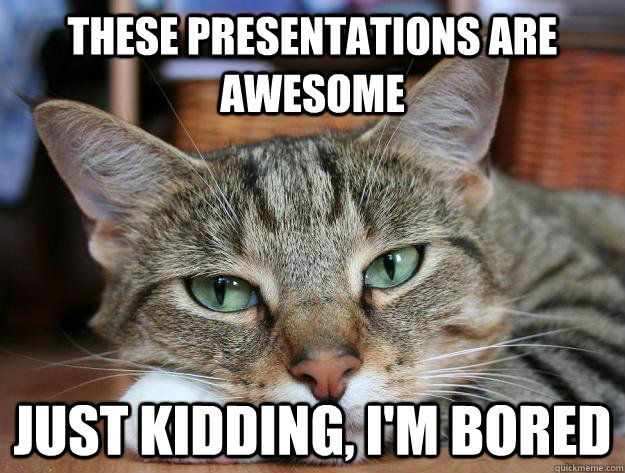 From the 1800s onwards, I’m bored became increasingly common in everyday speech and, with the rise of the internet in the 1990s, as a search term for people who just don’t know what to do with themselves in spite of a bazillion websites, smartphone apps, Netflix shows, the great outdoors, and so, so many books. This boredom even led to the Bored Button, a website and app that randomly serves up interesting games or activities each time people press the button.

In 2010–11, a YouTube video entitled “When I’m Bored,” a snowclone of the When I’m X meme (e.g., “When I’m Nigel“), went viral. The video features sexy stills of the character Yoko from the Japanese anime series Tengen Toppa Gurren Lagann over an Audiostalkers remix of the song “Let Me Hit It.” It got over 20 million views … apparently not so boring.

I’m bored is the common complaint of anyone who hasn’t enjoyed a vacation, been stuck at work, or just wants the school day to be over already. I’m bored sounds a bit juvenile, but we are all ten years old when we’re not feeling entertained, we guess. 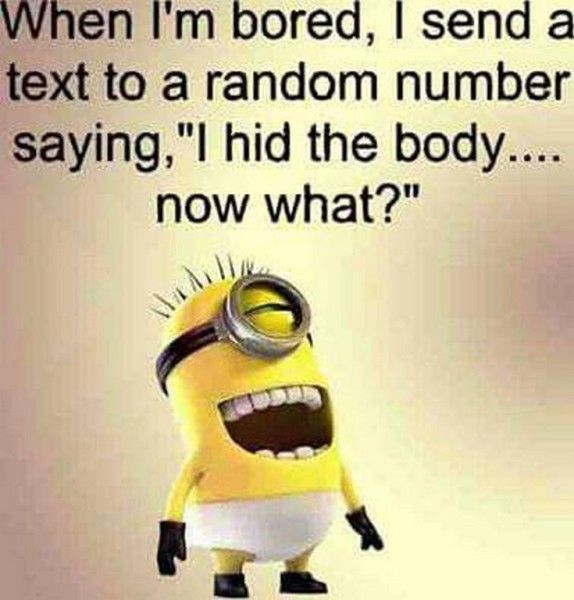 But I’m bored is seldom the end of it, as we often add descriptors to explain just how we’re bored and what is boring us (e.g., I’m bored as hell, I’m bored to tears, or I’m bored by/with this entry). Increasingly, English speakers are saying I’m bored of (something).

This is not meant to be a formal definition of I’m bored like most terms we define on Dictionary.com, but is rather an informal word summary that hopefully touches upon the key aspects of the meaning and usage of I’m bored that will help our users expand their word mastery.