What does I'm feeling lucky mean?

It is also the name of a Google search function.

Where does I’m feeling lucky come from? 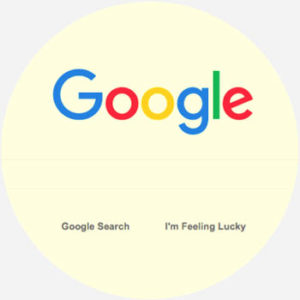 I’m feeling lucky has long been a phrase used by gamblers before placing a bet or rolling the dice. It is used metaphorically as an expression of sincere or superstitious confidence in the random outcomes of events.

A form of the phrase is especially associated with Harry Callahan (Clint Eastwood) in the classic 1977 western Dirty Harry. Callahan aims his gun at an enemy on the ground, his gun just out of reach, and has his foe entertain whether or not his cylinder has any remaining bullets: “But being this is a .44 Magnum, the most powerful handgun in the world and would blow your head clean off, you’ve gotta ask yourself one question: ‘Do I feel lucky?’ Well, do ya, punk?” A popular corruption of the quote is “Do you feel lucky, punk?”

I’m feeling lucky gained popularity in a different area with the launch of the Google search engine in 1998. From the search engine’s beta version, Google users could enter a search term and then hit the I’m Feeling Lucky button instead of the regular search button, which would take them automatically to the first result and bypass the results page.

The I’m Feeling Lucky button got its name from the gambling sense of the term—users effectively gambled that the first result would be what they were looking for. The phrase quickly took on a Google-centric life of its own, showing up in employee tell-all book titles as well as in the title of a Google Assistant trivia game show. Since the feature’s release, I’m feeling lucky has in some cases started to refer to the mechanics of the Google button.

In contemporary usage, gamblers and Googlers aren’t the only ones who say (or click) that they’re feeling lucky. The phrase enjoys general, colloquial use in speech and writing as an earnest, nervous, or ironic presentiment of hope for a favorable outcome when taking a risk. It is often qualified by time or circumstance (e.g., “I’m feeling lucky today” or “I’m feeling lucky this time”).

I’m feeling lucky, punk is sometimes used as a riff on or allusion to the Dirty Harry quote. Be mindful that getting lucky is a euphemism for “having sexual intercourse.”

This is not meant to be a formal definition of I’m feeling lucky like most terms we define on Dictionary.com, but is rather an informal word summary that hopefully touches upon the key aspects of the meaning and usage of I’m feeling lucky that will help our users expand their word mastery.