Feedback
in the field
in the same vein

What does in the meantime mean?

The expression in the meantime variously refers to a period of time between two events.

Where does in the meantime come from? 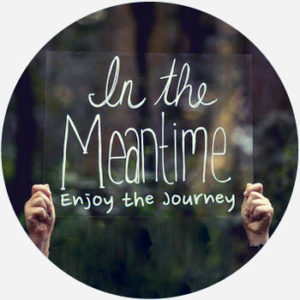 The phrase in the meantime goes back to as early as 1340 and is based on meantime (“an intervening time“), also first attested in the 1300s. The mean in meantime has nothing to with malice; it’s related to mean in the sense of “average,” from a French and Latin root for “middle,” making meantime literally a kind of “in-between time.”

Since Middle English, in the meantime has become so common that it’s something of a stock adverbial phrase in the English language, often introducing a statement. It’s often used when something isn’t occurring when or how it should be (before suggesting some recourse or course of action). Take this 2018 example from the University of Connecticut’s Associate Vice President and Chief Diversity Officer Joelle Murchison, quoted by the Journal Inquirer: “We understand that even the thought of an individual coming to campus with the views that Mr. Shapiro expresses can be concerning and even hurtful and that’s why we wanted to make you aware as soon as we were informed. In the meantime, please utilize the many campus resources available to you should you want to talk through your feelings about this issue.”

In the meantime can also be used when someone is excited about something that hasn’t happened yet and, as they anticipate it, occupy themselves with something else. For example, you may be excited about the upcoming concert in two weeks, but in the meantime, you’ll listen to the artist’s albums.

The phrase has become so widespread and familiar that it’s titled movies, songs, albums, and books. For instance, the rock band Helmet and indie band Spacehog titled songs “In the Meantime” in the 1990s. TV personality Iyanla Vanzant published a self-help book in 1998 called In the Meantime: Finding Yourself and the Love You Want. There are two movies with titles In the Meantime from 2013 and 2015.

In the meantime can also be used in a more passive-aggressive-seeming way to express frustration. For example, you could say something like this: “My roommate left for vacation without paying her side of the rent. Guess I’ll be paying for us both in the meantime.” In the meantime sometimes is used for humorous effect, issued if someone contributes something off-topic or incomprehensible in a conversation, implying the rest of the group is moving on as that person “comes back to reality.”

Examples of in the meantime

I was born half a block from where i live right now. (i've lived in New Orleans, Arkansas and Alaska in the meantime…)
@mrwarren, November, 2006
They go together like PB&J! We can't wait to hear what you think, Steven. In the meantime, we're wishing you and yours happy zzz's! 💚
@TuftandNeedle, December, 2017

Moments like these come to everyone in some form or another, but thankfully, in most of our lives, they are separated by long stretches of what I call "in the meantime" moments.

Who uses in the meantime?

In the meantime is widespread in formal and informal speech and writing, including social media. Synonyms include for the time being.

Many businesses have used the expression online as a polite way to address an issue with a product or service. For example, if the company’s website is down, they might suggest customers check out their social-media feeds in the meantime (i.e., until the problem is fixed).

Sometimes in the meantime is used all on its own to express frustration and impatience or for humor (e.g., In the meantime…).

This is not meant to be a formal definition of in the meantime like most terms we define on Dictionary.com, but is rather an informal word summary that hopefully touches upon the key aspects of the meaning and usage of in the meantime that will help our users expand their word mastery.