Feedback
Irish twins
it is what it is

What does issa mean?

Where does issa come from? 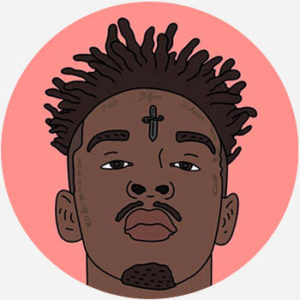 Pronouncing it’s and a into issa has long been a feature of dialectical English. Consider gonna for going to, recorded in the 19th century and almost certainly used in speech before it was ever written down. Imma, for I’m a, and tryna, for trying to, are other examples that have gained mainstream attention in the 2000s.

In the 1999 film Star Wars: Episode I – Phantom Menace, the Gugans, a race of creatures that included the notorious Jar Jar Binks, spoke in a kind of pidgin English which treated it’s a as issa, calling to mind crude imitations of Italians speaking English.

Issa’s 15 minutes of fame came in July, 2016, when a celebrity and hip-hop news site asked Atlanta-native rapper 21 Savage (Shayaa Bin Abraham-Joseph) about the tattoo on his forehead, which looks like a cross. 21 Savage replied “Issa knife,” explaining that he got the tattoo in memory of his younger brother, a victim of gang violence.

While you might not think that response would spark a meme, you underestimate the internet, which took the phrase and ran with it, from Harry Potter to Super Mario Bros to, yes, Jar Jar Binks. In February, 2017, the rapper announced his tour, called Issa Tour, and released an album, Issa Album, in July, 2017.

ashes to ashes / dust to dust / in this day and age / a sugar daddy issa must
@YMCIS, May, 2018
I feel like us ladies don’t give ourselves enough appreciation/credit for how much time we put into our shaving, exfoliating, moisturizing and other self-care routines. Issa whole ass career!!!!
@hannahkimberlee, February, 2018
"Mad Stalkers" uses flattened notes on top of its chords to subtly unground the listener. The various synth patches are processed to sound like howling winds instead of pianos or organs. Issa mood. A big, scary, unique mood.
Phil Witmer, Noisey, October, 2017
SEE MORE EXAMPLES

Though many references to issa are firmly tied to 21 Savage, the term’s meme status has helped popularize it as a useful contraction.

In some cases, the second syllable in issa doesn’t stand in for the article a but for another unstressed A sound (e.g., issa nother story for it’s another story).

This is not meant to be a formal definition of issa like most terms we define on Dictionary.com, but is rather an informal word summary that hopefully touches upon the key aspects of the meaning and usage of issa that will help our users expand their word mastery.

Irish twins
it is what it is
Home / Words / Slang / issa