What does jive turkey mean?

A jive turkey is someone who is unreliable, makes exaggerations or empty promises, or who is otherwise dishonest. The phrase is so associated with 1970s culture.

Where does jive turkey come from?

On its own, the term jive was slang all the way back in the 1940s for, among other senses, actions that ranged from foolish and frivolous to vile and deceitful. It was in the 1970s, though, when calling these shady fools jive turkeys became a thing. Turkeys are known to gobble, adding to the sense of jive, and have been variously used to insult someone as “dull” or “worthless.”

Then, in 1974 the funk band the Ohio Players released the song “Jive Turkey,” which uses the phrase repeatedly in the lyrics: “Give me it straight baby / Jive turkey, jive turkey / Jive turkey / Wow, wow, wow, wow, wow.” No doubt there are some sexual undertones here, with jive also historically referring to sex. The insult jive turkey also appeared on popular 1970s-1980s sitcoms, such as The Jeffersons.

By the 1990s, the term jive turkey was so associated with the 1970s that The Simpsons even had the perpetually dimwitted Homer Simpson use the term around a bunch of kids to show how out of touch he was. Though the term jive turkey is still quite recognized today—there’s even a Brooklyn-based fried turkey store named Jive Turkey, which has quite a few fans—the term is dated enough that it’s pretty much only used for comedic effect. Honestly, if you take offense to being called a jive turkey, you probably are one. 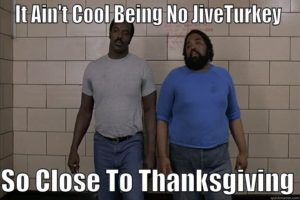 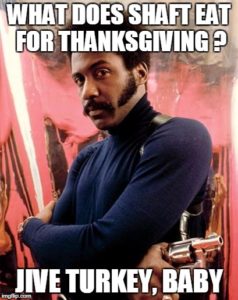 In contemporary speech and writing, jive turkey is a humorous, deliberately outdated way to call someone a “fool.” It’s often used nostalgically for 1970s, funk music, and old-school TV characters like George Jefferson. Jive turkey jokes are common puns around Thanksgiving, since everybody’s got turkey on the mind. 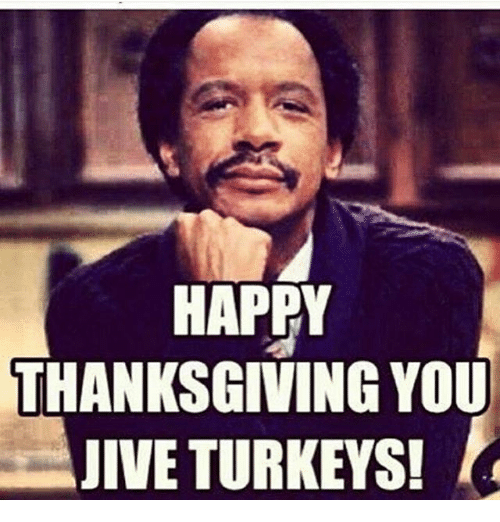 In books, movies, TV, and other media, jive turkey is an occasional trope, as we saw with Homer Simpson, to make a character or person appear out of touch (i.e., they’re trying so hard to look cool that they embarrass themselves). 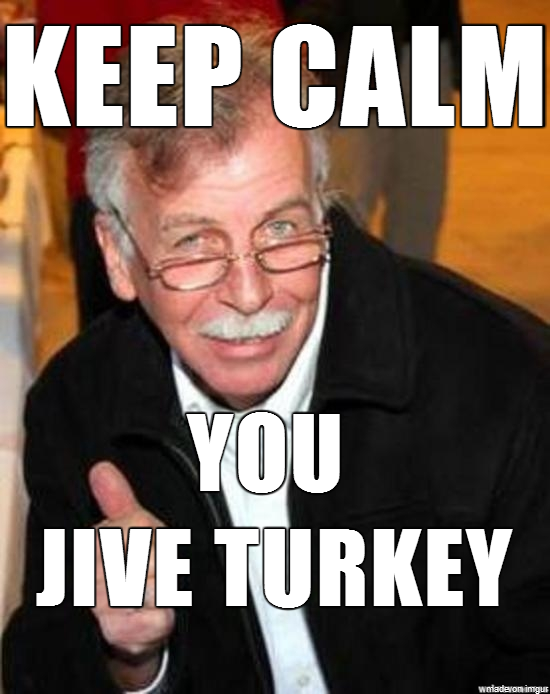 This is not meant to be a formal definition of jive turkey like most terms we define on Dictionary.com, but is rather an informal word summary that hopefully touches upon the key aspects of the meaning and usage of jive turkey that will help our users expand their word mastery.