What does jonesing mean?

If a person has an insatiable craving for someone or something, they are said to be jonesing for it.

Where does jonesing come from? 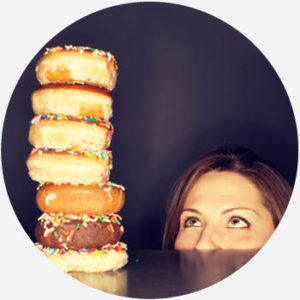 It is unclear exactly where the slang verb jones comes from and what connection the craving may have to the common surname, but the most likely origin is in the drug scene. In the 1960s, especially in New York, heroin as well as heroin addicts, dealers, withdrawals, and drug addiction itself were all colloquially referred to as jones and Mr. Jones. One popular, but unsubstantiated, story has it that Jones Alley in Manhattan used to serve as a hub for heroin addicts.

By the 1970s, jonesing had spread beyond its origins as drug slang, weakening to a sense of “strongly wanting or desiring” in college slang, popular media, and on the internet in the late 1990s and early 2000s. A person could be jonesing for a lover or a hamburger—anything they feel have done without for too long and feel a jittery anticipation of or longing for.

I just typed THE END. on the screenplay I’ve been working on. Feels great to be done, but I’m really jonesing to work on a new novel. #amwriting
@swankmotron, March, 2018
Have you been jonesing to get back to public beta testing after the holiday lag? You're in luck. Apple has just released iOS 11.2.5 Public Beta 3. This first public beta of 2018 could be the last before 11.2.5 is released into the wild.
Anthony Karcz, Forbes, January, 2018
We’ve been jonesing for a good villain in the Marvel Cinematic Universe since the beginning. Over the course of Phase 3 so far, they’ve actually done a pretty good job of making increasingly strong baddies, but with the upcoming Thanos, they really need to amp things up to 11.
Joseph Jammer Medina, Latino Review Media, March, 2018
SEE MORE EXAMPLES

Contemporary use of jonesing is mainly as a metaphorical extension of its original drug slang, sometimes paired with other drug slang like fix (e.g., I’ve been on a plane for two hours and am jonesing for my news fix). Thanks to its widespread extended use in colloquial speech, writing, and social media, jonesing has lost its immediate associations with hard drugs and the drug underworld, now often carrying a positive or humorous connotation.

The most frequent form of jonesing is in the progressive tense as a verb phrase, to be jonesing for. However, the term still sees occasional use as a noun (experiencing a taco jones) or as simple verb (He jonesed for the woman).

This is not meant to be a formal definition of jonesing like most terms we define on Dictionary.com, but is rather an informal word summary that hopefully touches upon the key aspects of the meaning and usage of jonesing that will help our users expand their word mastery.