Kavanauseous is the feeling of disgust many have when thinking about judge Brett Kavanaugh and his appointment to the US Supreme Court.

It was coined in response to sexual assault allegations against him and his testimony before the US Senate about them.

Where does Kavanauseous come from? 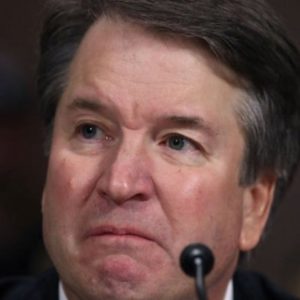 Kavanauseous was first used in September 2018 by Armstrong & Getty, a libertarian radio show hosted by Jack Armstrong and Joe Getty. The idea was that one might feel Kavanauseous (a blend of Kavanaugh and nauseous) that Democrats kept calling for delays in the confirmation process of Brett Kavanaugh to the US Supreme Court.

Shortly after it became clear in October 2018 that Kavanaugh was likely to be confirmed, people with left-leaning politics adopted Kavanauseous for their feelings about Brett Kavanaugh. Many felt that the sexual assault allegations against Kavanaugh were not taken seriously enough and that his angered self-defense during Senate hearings was inappropriate. Others were fearful that his confirmation to the Supreme Court would result in conservative rulings against matters like abortion rights. These feelings were described as Kavanauseous and sometimes Kavasick.

Feeling Kavanauseous about the integrity of the Supreme Court
@CariKindl, October, 2018
#Kavanauseous Fuck that, not giving up, the repubs can go fuck themselves I'm done with their bullshit. Fighting on!!!
@AndreaGw123, October, 2018 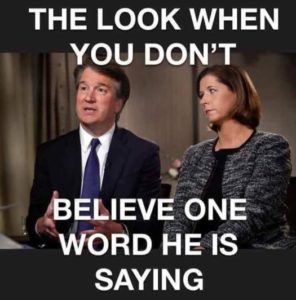 Kavanauseous was used on social media by people sharing their disgust and outrage during the appointment of Brett Kavanaugh to the United States Supreme Court. Sometimes, Kavanauseous is directed toward some people’s feelings about Republicans in general for supporting Kavanaugh.

Why do people keep saying Kavanaugh is a "good family man"??? What does that mean? How would they know? He's married & has 2 daughters.
SO WHAT???#KavaNauseous 🤮

Why do the old #GOP Whiteys have to keep mansplaining Kavanaugh? They know they're morally & ethically wrong so they have to keep convincing themselves. They disgust me.#KavaNauseous 🤮#RememberInNovember#VoteThemOut2018 pic.twitter.com/J2eBy6HvYJ

This is not meant to be a formal definition of Kavanauseous like most terms we define on Dictionary.com, but is rather an informal word summary that hopefully touches upon the key aspects of the meaning and usage of Kavanauseous that will help our users expand their word mastery.