Mantrum is a slang term for a tempter tantrum thrown by a man.

In general, the term is used to mock adult males perceived to be acting childish or overly emotional in some way. More specifically, mantrum is used to call out double standards that woman are more often criticized as being emotional than men are, and that displays of strong emotion from women are more often penalized in society than they are for men.

Where does mantrum come from? 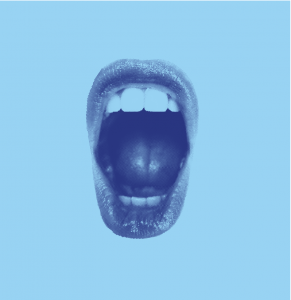 Mantrum is a blend of the words man and tantrum. The term has been evidenced since the mid-2000s. One notorious instance labeled a mantrum in popular culture was an angry outburst in 2009 by actor Christian Bale on the set of Terminator Salvation.

Mantrum received mainstream attention in 2020 after superstar Taylor Swift used the word in a tweet promoting the video for her song “The Man.” The tweet showed a still image from the video featuring a male tennis player (played by Swift) lying down on a tennis court after throwing a mantrum.

The image is from a larger scene where the tennis player berates an umpire. The scene alludes to criticism (and fines) tennis legend Serena Williams faced after confronting an official in a 2018 tournament; many pointed out that male tennis players have gotten off much more lightly for similar and more severe behaviors.

Oh the faux outrage and the mantrum. Get over yourself!
@laneygb31, September 13, 2020
It re-affirmed Melissa McCarthy and Paul Fieg as major box office draws, launched Kate McKinnon as everyone’s new favorite comedic actress, and even taking into [consideration] the mantrum that happens in online movie user ratings, most people enjoyed the film. In short, by every reasonable definition of success, Ghostbusters is one. Period. The end.
Jef Rouner, Houston Press, August 2, 2016
Twist your words all you want but you are basically calling for her to be sacked just because she had the temerity to listen to what women were saying. You on the other hand have made very clear your misogyny by throwing a mantrum because she didn't listen to men and their feels.
@siunanWTF71, September 24, 2020
SEE MORE EXAMPLES

Mantrum can be used more generally to criticize childish behavior from adult males, especially when they are getting their way. When used to make fun of men as such, it can be considered mildly pejorative.

Mantrum is often used more pointedly to expose double standards about the ways male and female emotions get treated in society—that is, male displays of strong emotion are often considered more acceptable than the same ones from women, who may be labeled in such gendered terms as hysterical, bossy, or worse.

Looks like the hubby is having another Mantrum. I sit here and just roll my eyes…..I'm gonna need a drink, or 5.

Mantrum:verb-when a male acts out with degrading insults /gestures because he doesn't get the response he wants from catcalling a girl

This is not meant to be a formal definition of mantrum like most terms we define on Dictionary.com, but is rather an informal word summary that hopefully touches upon the key aspects of the meaning and usage of mantrum that will help our users expand their word mastery.