or mind-blown or mindblown

What does mind blown mean?

Mind blown is used as an exclamatory response to surprising or interesting facts or enlightening information.

Where does mind blown come from? 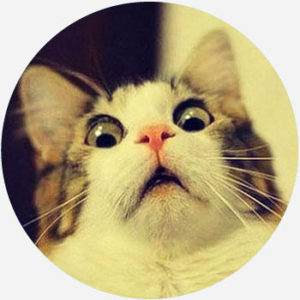 The original meaning of mind blown is closely tied to drug use, especially psychedelic drug use. This sense became popular in the late 1960s, based on the slightly earlier formulations, mind-blowing and to blow one’s mind, documented as early as the mid-1960s. Hippies, for instance, were referred to as being mind-blown in contrast to straighter-laced businesspeople. Soon, the term took on an additional metaphorical meaning, describing people who had experienced eye-opening shock comparable to the experience of taking drugs, but without the requirement of actually taking any. Mind blown has continued to carry that meaning since the 1970s, not explicitly referring to drug use but instead to a similar “expanded” state of mind.

Spreading on social media in 2008–09, mind blown has come to be used as a stand-alone response to something incredible, unexpected, or, with humorous exaggeration, paradigm-shifting. In this usage, the phrase is often written as mind = blown, #mindblown, or Mind. Blown. For example, “Oxford University is older than the Aztec empire. MIND=BLOWN.”

Many songs have made use of the term mind blown. The Beatles sang that “Because the wind is high it blows my mind,” (“Because,” 1969), while several decades later, MC Ren rapped that “And it’s on, got you motherfuckin mind blown,” (“Mind Blown,” 1996).

The term mind blown has been featured in several memes in the 2010s, with internet users responding to amazing or mind-boggling information with the phrase mind = blown. The phrase is commonly used in a GIF from a 2009 episode of The Tim & Eric Awesome Show, Great Job! showing a character pantomiming his mind being “blown,” accompanied by images of cosmic explosions. Many forums and articles named mind = blown, devoted to sharing mind-blowing facts and pictures, have been hosted on sites such as Reddit and BuzzFeed.

“I'll never forget when I found out that both the girls in parent trap(Lindsey Lohan) were the same chick First time I ever had my mind blown”
@miklas15 Twitter (May 16, 2017)
“Just found out some people face away from the shower instead of towards it and my mind is 100% blown”
@JessicaValenti Twitter (May 25, 2017)
“I lost it at that point, of course, my mind blown by a skateboarding miracle.”
Lesley Choyce, Skate Freak (2008)
SEE MORE EXAMPLES

Online and in text messages, many people will punctuate mind blown with the bomb, collision, and fireworks emoji. Offline, some speakers will colloquially use mind=blown (“mind equals blown”) to register astonishment in speech. As likely influenced by the meme, some people are using mindblow as a verb: “It mindblows me that sun is so far away.”

This is not meant to be a formal definition of mind blown like most terms we define on Dictionary.com, but is rather an informal word summary that hopefully touches upon the key aspects of the meaning and usage of mind blown that will help our users expand their word mastery.