What does mlem mean?

Is that peanut butter on my nose? Mlem!

In the internet slang of DoggoLingo, mlem is the sound a dog (or other animal) makes when they stick out their tongue to lick something, especially their own nose or chops.

Where does mlem come from? 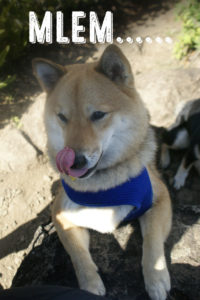 The internet slang of DoggoLingo celebrates dogs, cats, and other adorable animals we post about online, using linguistic features like cutesy misspellings and irresistible onomatopoeia, usually accompanied by an adorable photo of a fluffer. A dog is called a doggo, for instance; a plump doggo is considered chonky while a little one, smol. 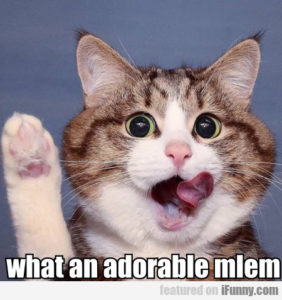 The sound a dog (or other animal, such as a cat) makes when its tongue darts out to lick its nose or chops is called a mlem, in onomatopoeic imitation of the action. It’s closely related to another DoggoLingo term, blep, which is when the animal’s tongue peaks out of its mouth for an extended period of time. (More lax DoggoLinguists might use blep and mlem interchangeably.) 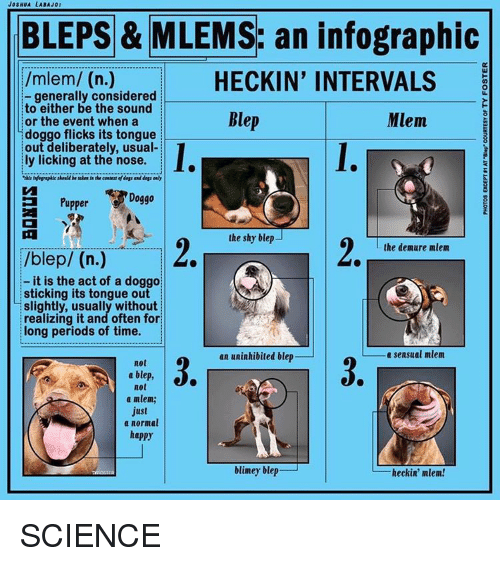 Evidence for mlem appears as early as February 2015, when a video of a cat repeatedly lapping water was posted to Imgur and Reddit captioned with mlem.

As for the poster’s choice of mlem, some commenters imagine Yoshi’s licking sound effect in the Super Mario Bros video games. Indeed, many people have since posted videos of animals mlem‘ing, scored with Yoshi’s signature sound.

Black cats do the best mlems
@L155A6, September 2018
They might be doggos or puppers, and make all sorts of sounds and gestures, from ‘bork’ to ‘mlem.’
Cheyenne Macdonald, Daily Mail, April 2017 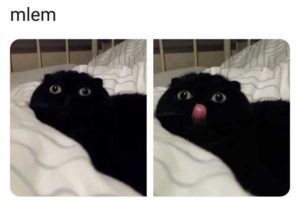 Mlem spread online in the late 2010s as an affectionate term for when cute animals lick something. On social media, mlem is often used as a title, caption, or a comment on an adorable image or video.

been a while since i've shared dog pics so here's some intense mlem action pic.twitter.com/mHJS57eZvC

Some DoggoLingo purists may insist that mlem should be reserved (1) for dogs, and more specifically (2) for dogs that lick their own nose or chops, although we here are Dictionary.com are not strict prescriptivists either way. So feel free to use mlem liberally and adorably.

This is not meant to be a formal definition of mlem like most terms we define on Dictionary.com, but is rather an informal word summary that hopefully touches upon the key aspects of the meaning and usage of mlem that will help our users expand their word mastery.