What does smol mean?

In the internet slang of DoggoLingo, smol is an affectionate way of saying someone or something is small in size—so cute you just want to squeeze ’em.

It most often describes animals like puppies, kittens, bunnies, and even teeny-tiny reptiles. A smol bean is someone, such as a significant other, famous person, or a child, who is petite but precious.

Where does smol come from? 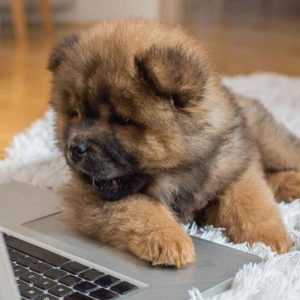 It’s hard to pin down exactly when smol started being used, but it joins a body of other cutesy or ironic misspellings in internet slang like moar in LOLcat memes or the deliberately broken grammar of Doge.

Smol first appeared in a dark joke as “smol children” on Twitter in 2008 but rose to prominence in the mid-2010s as a key descriptor in DoggoLingo, a playful slang people use online to describe lovable animals, especially dogs. In May 2015, BuzzFeed helped bring smol to a wider audience with a popular listicle, “20 Baby Animals Who Are Too Smol.”

Drawing on the long use of bean as an affectionate term for a person, the phrase smol bean first appeared on Twitter in March 2015, gaining further traction on sites like Tumblr, where people began calling their favorite celebrities beans regardless of their sizes.

Smol bean saw widespread use in May 2015 when people started using it to describe Tyler Joseph, lead vocalist of the musical duo Twenty One Pilots. (Sidebar: the fandom referred to Josh Dun, the other half of that duo, as Alien Boy around the same time.) In June 2015, Joseph canonized the nickname when he tweeted “i am a bean.”

my smol bean ♡
@jeonginahh, June, 2018
Im glad i bring my smol sketchbook and its the 'normal' one so i can doodle
@PockyNeo13, June, 2018
Scroll through the countless Facebook groups and Twitter accounts dedicated to sharing cute animal pictures and you’ll quickly see that dogs don’t have snouts, they have snoots, and cats come in a colorful assortment of shapes and sizes ranging from smol to floof.
Michele Debczak, Mental Floss, May, 2018
SEE MORE EXAMPLES

Smol and smol bean are used in reference to things, creatures, concepts, and people that are adorably small in stature.

Where people are concerned, especially famous people, smol doesn’t necessarily mean small. Tyler “Smol Bean” Joseph is around average height, for instance. Smol, here, captures a feeling that someone is sweet, cuddly, and needs some TLC.

Smol is a favorite descriptor among fandoms, including One Direction, The Avengers franchise, celebrity YouTubers, Steven Universe, and K-pop.

Tol (“tall”) and lorge (“large”) are antonyms of smol in DoggoLingo, where smol sees its most extensvie use. 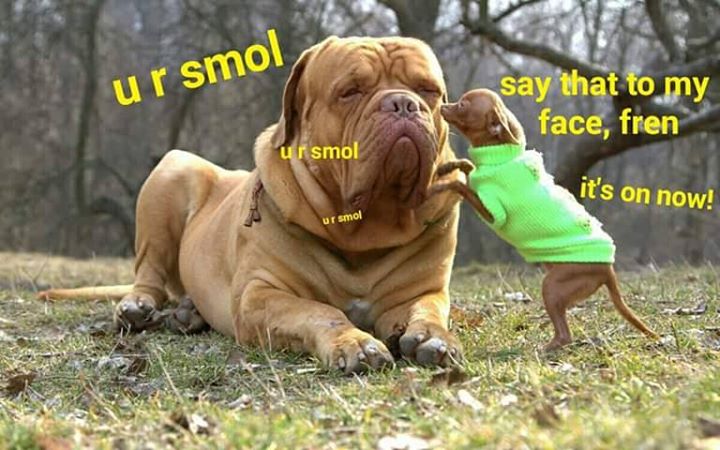 Bork Bork I am Doggo

This is not meant to be a formal definition of smol like most terms we define on Dictionary.com, but is rather an informal word summary that hopefully touches upon the key aspects of the meaning and usage of smol that will help our users expand their word mastery.