What does moar mean?

Moar is an intentional misspelling of more, used online as a humorous demand.

Where does moar come from? 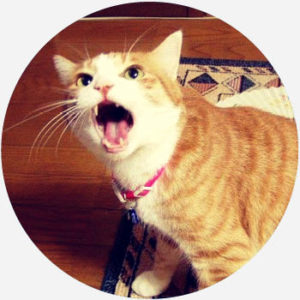 Moar is frequently associated with the online message board 4chan. A 2005 Urban Dictionary entry for the internet slang lurk more, which reprimands overactive but under-informed newcomers to a community, mentions moar in the context of 4chan. An entry for moar from 2006 also makes specific reference to the platform. In subsequent years, moar spread to other social media, including popular fan-art community, Deviant Art.

The misspelled moar joins and contributes to an active tradition of cute or ironic misspellings, notably seen in lolspeak and the snek meme.

On 4chan, other forums, and social media, moar can be simply used as a playful substitute for more. Occasionally, people use moar for color or effect in popular writing as a reference to misspellings in internet culture. It often appears in lolcat memes, which feature cat pictures making funny captions in ungrammatical, misspelled language, or lolspeak (e.g., “I are wanting moar of ur attention pleez.”).

Moar is also used, frequently in all caps and with multiple exclamation points, to demand users post more of some type of original content they like (e.g., MOAR fan-art!!!!!). Since at least 2008, image macros have featured a character, often a cat, pleading MOAR! in this way.

As moar is used as a demand and often appears alongside cats, some internet users think moar is also a play on roar. Moar is also sometimes contrasted to the internet slang expression, do not want.

In 2009, musical artist DJ Deadmau5 may have drawn on moar, or simply alluded to internet culture more generally, with his song “Moar Ghosts ‘n’ Stuff.”

This is not meant to be a formal definition of moar like most terms we define on Dictionary.com, but is rather an informal word summary that hopefully touches upon the key aspects of the meaning and usage of moar that will help our users expand their word mastery.