What does mmk mean?

Mmk is a casual, half-humming way to say OK. It is a versatile sound, used to express mild disproval and suspicion … or warm affirmation. Be careful, though, as mmk can come across as a little patronizing or rude.

Where does mmk come from?

People have probably been voicing mmk as long as OK has been around (which is 1839). It’s just that these sorts of informal sounds don’t always get written down early on.

We can find mmk, though, as mkay on a South Park Usenet group in 1998. This is no coincidence, though, as South Park features a recurring character, a school counselor named Mr. Mackey, whose catchphrase is a droning mkay. This mkay mocks the way educators and other school professionals can issue mmk as a kind of filler or tag question, meant to ensure comprehension but sometimes overused to the point of meaningless and irritation.

1999 further popularized mmk thanks to the 1999 cult comedy Office Space, where stereotypical office manager Bill Lumbergh (Gary Cole) ends his demands with a mmk. Lumbergh’s mmk is meant to soften his unrealistic work requests but it only comes across as grating, condescending, and defeating.

Lets not lurk on my profile mmk booboo
@yungcurly2, December, 2016
Too hilarious. Salute to the moms who are down enough to hang but still bawsy enough to demand that respek, mmk?
Sarah Michel, VH1, December, 2017 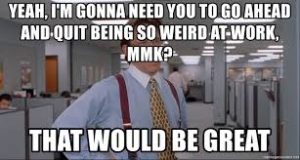 meme generator
...do you know that Maris is in the MMK this coming Saturday episode? are you gonna watch it? #askjames
@chrstinmscs, December, 2016
SEE MORE EXAMPLES

When not alluding to the catchphrases of Lumbergh or Mr. Mackey, mmk is used in everyday speech and writing as a way to say OK. It does have specific behavior, though.

If someone begins a statement with mmk, they might be puzzling over something or focusing in on a task or problem (e.g., Mmk. I know I had my phone just a minute ago, but where did I leave it?). If someone ends a statement with mmk, they might be making sure someone understands something or be trying to comfort someone (e.g., I know you had a rough day, but tomorrow is new one, mmk?).

Online, the tone of mmk can be harder to figure out, especially as people often intend or interpret mmk with greater sarcasm, drawing on mmk‘s uses to express suspicion or dress up a demand as a request. 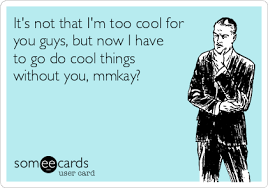 Women of other races completely alter their bodies to favor the black woman’s yet.. we.. are insecure… about them… mmk.

Mmk is not to be confused with MMK, the acronym for the popular, long-running Filipino TV drama Maalaala Mo Kaya.

This is not meant to be a formal definition of mmk like most terms we define on Dictionary.com, but is rather an informal word summary that hopefully touches upon the key aspects of the meaning and usage of mmk that will help our users expand their word mastery.