What does Molly Percocet mean?

Molly Percocet isn’t the name of that girl next door. Nope, it’s the name of two drugs, molly (MDMA) and Percocet (oxycodone), often taken together recreationally and referenced in rap artist’s Future’s hit 2017 song, “Mask Off.”

Where does Molly Percocet come from? 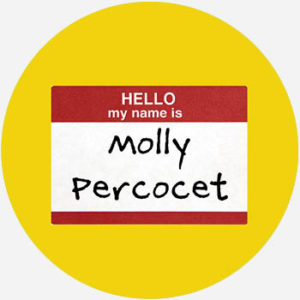 While molly has been a slang word for “drugs” since the 1970s, it referred to the illegal drug MDMA at least by the 2010s, apparently as a shortening of molecule. MDMA is better known as ecstasy, a euphoria-inducing drug first made in the early 1900s.

The highly addictive Percocet, meanwhile, is a prescription brand of a drug combining oxycodone (hydrochloride) and acetaminophen, two common types of pain-relievers.

Very dangerously, people like to mix molly and Percocet, the latter drug easing the pain of coming down from the former. It’s exactly what the doctor didn’t order.

Thanks to the lyrics, many people came to call the song which reached #5 on the Billboard charts, Molly Percocets or just Molly Percocet. Despite the song going by that name, its words molly and Percocet often get censored on mainstream radio or TV, including Future’s performance of it with Kendrick Lamar at the 2017 BET Awards.

It’s sad that the radio has to edit out “molly, percocet” and the word “drug” from Future’s Mask Off smh 🤦🏽‍♀️

You can't ✌🏾 Molly percocet ✌🏾 your way to good parenting and a high functioning relationship
@solomonmissouri, October, 2017
doctor: do you do any recreational drugs / me: percocet. molly percocet. / doctor: *checks no on clipboard*
@shanley, August, 2017
I think the reason Xanax is popular with the kids is it's being popularized in music, social media platforms, it's in almost every song, my son even asked me what's molly Percocet, and he's nine years old.
Marlon Whitfield quoted in Bill Melugin, Fox 11, February, 2018
SEE MORE EXAMPLES

People out of the hip-hop music and drug-slang scene may confuse Molly Percocet as a name for a woman. Don’t laugh at them.

This is not meant to be a formal definition of Molly Percocet like most terms we define on Dictionary.com, but is rather an informal word summary that hopefully touches upon the key aspects of the meaning and usage of Molly Percocet that will help our users expand their word mastery.