Feedback
no homo
no new friends

What does no mames mean?

No mames is crude Spanish slang used to express disbelief (both positive and negative) or excitement. Used especially among Mexican Spanish speakers, the exclamation corresponds to “No way!”, “You’re kidding me!”, or “Stop messing with me!”. For instance, a statement of “I won the lottery” might be followed by “no mames.”

Where does no mames come from? 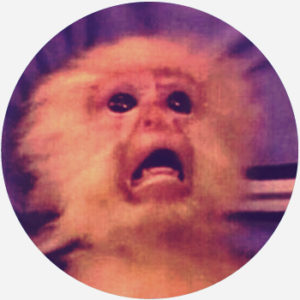 No mames is sometimes extended to no mames güey (no-mah-mess-goo-ee) and no mames wey (no-mah-mess-way), which both roughly mean “No way, dude!” Wey and güey are both Spanish slang words meaning “dude” or “guy,” though wey can also connote “idiot.”

No mames comes from the Latinx community and specifically from the Mexican and Mexican-American communities. There’s some debate about whether it was originally coined in Mexico, but many native users insist that it was. One of the earliest records of the phrase’s usage online is from a Spanish-language forum post on July 27, 1992. The term came to some prominence much later when actor Diego Luna taught it to comedian Conan O’Brien on his late-night talk show in 2015.

Examples of no mames

. . . thank god for always watching out for me I know gramps helped me out today no mames I’m riding the bus from now on
@Bigbomba20, January 2018
I question myself and then I realize… No seas baboso guey, ¡no mames! you come from a long line of luchistas. You don’t question why, you roll with the punches, le echas ganas, and as long as your heart is in the right place you hope and pray for the best. That’s all I can do.
Juan Alanis, Juan of Words, April 2013
His reasons for the Spanish lessons were legit since 41 million Latinos speak Spanish in the U.S. To put this into perspective, Spain has a population of 47.7 million people. By 2050, this country is set to be the largest Spanish-speaking country in the world with 138 million Spanish-speakers! ¡No mames!
Adriana Venegas, Mitú, December 2015
SEE MORE EXAMPLES

Who uses no mames?

No mames is used colloquially in the Spanish-speaking Latinx community, specifically among Mexican and Mexican-American youth, but many consider the expression vulgar and some associate it with gang language.

This is not meant to be a formal definition of no mames like most terms we define on Dictionary.com, but is rather an informal word summary that hopefully touches upon the key aspects of the meaning and usage of no mames that will help our users expand their word mastery.

no homo
no new friends
Home / Words / Slang / no mames