What does oh my mean?

How many meanings and uses you have, oh my. This common interjection variously expresses surprise, concern, and admiration. It’s sometimes used for quaint or humorous effect.

Where does oh my come from? 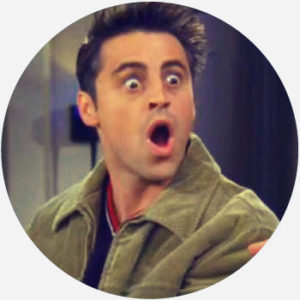 Recorded as an exclamation of surprise in the early 1700s, oh my is probably shortened from oh my god and oh my lord.

While these expressions begin as sincere religious invocations, they spread as general interjections of strong emotion. Such uses were historically deemed blasphemous by Christians if used in vain, and so people changed God to words like gosh or goodness—or dropped it altogether in the case of oh my, apparently.

Oh my is associated with the classic 1939 film The Wizard of Oz. Just before Dorothy (Judy Garland), the Tin Man, and the Scarecrow meet the Cowardly Lion and are afraid about what might be lurking in the darkening woods, they exclaim: “Lions and tigers and bears, oh my!”

The line has so been quoted or riffed on in headlines, titles, and names so many times that many editors now consider it a cliché.

Oh my is also popularly known as the catchphrase of George Takei of Star Trek and social-media fame, among others such as sports broadcaster Dick Enberg, who exclaimed Oh my! after big plays.

Takei issued a fateful oh my, a phrase he’s said he’s used all his life, on The Howard Stern Show in 2009. The notoriously crude host remarked to him: “You have a deep voice. You must have a big dong.” Takei replied with a characteristic oh my—better, ohh myyy!

Stern went out to humorously and frequently replay the clip, and oh my became Takei’s catchphrase issued upon anything outrageous. The phrase even titled Takei’s 2012 book, Oh Myyy! (There Goes The Internet).

Examples of oh my

Who uses oh my?

Oh my is used in everyday speech, and to less extent in writing, to express a variety of feelings, including embarrassment (Oh my, I didn’t know you were changing), surprise and delight (Oh my! You look ravishing), or dismay (His mother just died of cancer? Oh my).

Its tone can be sincere, but because it’s mild, polite, and considered more old-fashioned, oh my can be charmingly or coyly wholesome, hence it’s success with Takei … or it can be sharply sarcastic (e.g., Your daddy isn’t going to buy a new car for Christmas? Oh my.).

Oh my is sometimes shortened to my! or extended as my oh my! for added emotion.

This is not meant to be a formal definition of oh my like most terms we define on Dictionary.com, but is rather an informal word summary that hopefully touches upon the key aspects of the meaning and usage of oh my that will help our users expand their word mastery.