Feedback
on the house
oogle

What does one step ahead mean?

One step ahead is an expression used to describe someone who or something that is more prepared, advanced, or skilled.

Where does one step ahead come from? 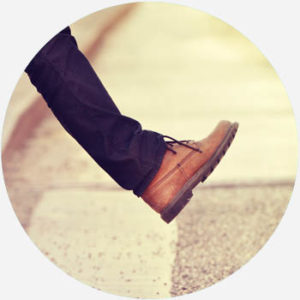 Since at least the 19th century, one step ahead referred to a literal step forward. Early evidence for its metaphorical use comes in the late 1800s. An 1876 religious anthropology text, for instance, describes Hindu theology taking “one step ahead of the philosophic thought of primitive man,” the phrase using walking as a metaphor for advancement.

The phrase was in common idiomatic use in the 20th-century, widely found in a range of written texts by the 1980s. One step ahead commonly appears in the longer phrase, one step ahead of the game, referring to someone who is more prepared or able to beat the competition. It also frequently occurs in one step ahead of the law, describing criminals able to evade capture or outfox authorities.

By the 1990–2000s, to be, stay, or keep one step ahead was widespread in workplace communication to characterize proactive planning and preparation (e.g., a one-step-ahead strategy for growth).

Examples of one step ahead

usually harry waits a bit in if i could fly and asks the crowd to sing but dublin was one step ahead and just kept on singing and we all cried
@harryftirene, April, 2018
#Scorpio: You know that no matter how genuine some people may seem they always have ulterior motives and you have to always be one step ahead.
@ZodiacFacts, April, 2018
The slowest [runners] will aim only to complete the event, and stay one step ahead of the camel who brings up the rear. If a participant is overtaken by the camel, they are out of the race.
Jake Keith, Energy Voice, April, 2018
SEE MORE EXAMPLES

Who uses one step ahead?

One step ahead can be found in both formal and informal speech and writing. In formal writing, however, one step ahead may be judged as a cliché.

Calling back to its more literal origins, one step ahead can still describe steady but forward movement or progress in some endeavor.

The expression is so common that it is used familiarly in many titles and names in popular culture, from punny shoe brands and baby products to travel agencies and punk bands. Aretha Franklin released her hit song “One Step Ahead” in 1965, singing about how she wants to get away from someone she is in love with—but just can’t bring herself to take even “one step ahead.” She memorably sings: “I’m only one step ahead of heartbreak / One step ahead of misery.” Franklin’s song was sampled by Mos Def in his 1999 track “Ms. Fat Booty,” also about being unable to get over someone, later appearing in the soundtrack to the movie Moonlight in 2016.

This is not meant to be a formal definition of one step ahead like most terms we define on Dictionary.com, but is rather an informal word summary that hopefully touches upon the key aspects of the meaning and usage of one step ahead that will help our users expand their word mastery.

on the house
oogle
Home / Words / Slang / one step ahead