Feedback
one step ahead
open relationship

What does oogle mean?

An oogle is a panhandler who lives on the streets, most frequently a new or unserious one who is perceived as homeless by choice, rather than by necessity.

Where does oogle come from? 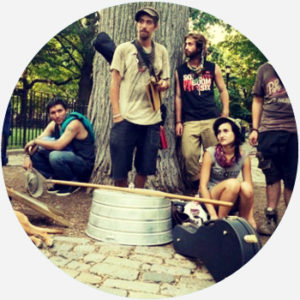 Oogle is a slang term that originates in a transient punk subculture that emerged by at least the 1990s, as an outgrowth of the punk rock culture. Transient punks have chosen to drop out of society and live a nomadic existence, often by train-hopping and relying on their wits and a network of other punks to get by. Many transient punks have sought to escape from mainstream society to create a lifestyle they view as more authentic. Like punk rockers, transient punks are known for their piercings, tattoos, spiked and colored hair, and other unconventional fashions like wearing studded dog collars.

Transient punks include gutterpunks and crusty punks, or crustpunks. As a 1996 Washington Post article described gutterpunks: “[T]hey are a new kind of homeless: white, middle-class, often bright, politically militant and homeless by choice. They come from homes they call good and bad. Not many of them are older than 21.” A crusty is itself a British slang term for “a dirty type of punk or hippy whose lifestyle involves travelling and squatting.” Some consider crustpunks more extreme and politically activated that gutterpunks, though opinions vary about the exact differences between the two groups

It’s from the transient punk subculture that the term oogle emerges. According to an analysis in Organ Grinder Magazine, the term oogle emerged in the 1990s as a word “crusties used to insult younger, inexperienced punk kids,” viewed as posers who didn’t fully surrender the privilege and comfort of mainstream living to fully immerse themselves in the transient punk way of life. A Tumblr blog called Look At This Fucking Oogle notably documented oogles around the world with user-submitted content in the 2010s.

The origin of the word is obscure, though some have suggested a connection to another oogle, a 1930s variant of ogle, “to stare at someone lecherously.”

While it began as an in-group derision, some transient punks have embraced the label oogle, using it more neutrally to refer to a transient punk who is new to the streets. In the broader culture, oogle has gone on to refer to transient punks themselves, especially to disparage young adult kids who dress in a punk aesthetic, abuse drugs and alcohol, and choose a life of panhandling and homelessness.

“An oogle with a leprechaun hat just told me he'd take me directly to his pot of gold....”
Kaya Robinson Facebook (February 25, 2017)
“Hey folk punks, traveling kids, oogles, where do you work? Do you get benefits or anything of that sort?”
@LovegirlMckee Twitter (April 11, 2017)
“Not discounting in any way the horror of those deaths, the squat fire in St. Roch did create a larger negative perception of squatters, which is a common complaint about oogles: they make things harder for everyone else.”
Jules Bentley, “Everyone Hates the Oogles: Exploring the animosity towards New Orleans’ panhandling punks,” Antigravity (2012)
SEE MORE EXAMPLES

While the meaning of oogle varies within transient punk culture, oogle can be considered an offensive term by outside users. However, the voluntary poverty of oogles and other crustpunks is offensive to individuals who aren’t homeless or by those who are homeless, but not by choice.

The transient punk sense of oogle should not be confused with oogle eyes, a variant of goo goo eyes, or oogling, or a blend of ogle and Google used for the internet version of ogling—looking up lewd pictures online.

This is not meant to be a formal definition of oogle like most terms we define on Dictionary.com, but is rather an informal word summary that hopefully touches upon the key aspects of the meaning and usage of oogle that will help our users expand their word mastery.