What does power couple mean?

A power couple is a romantic or married couple where both members are famous or accomplished in their own right, sometimes extended to happy and productive everyday couples.

Where does power couple come from? 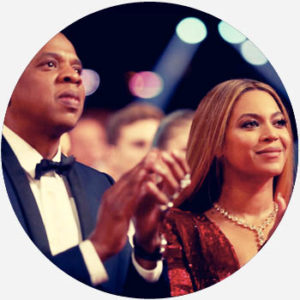 A 1925 book described the pairing of Jack Tanner and Ann Whitfield in George Bernard Shaw’s play, Man and Superman, as a “super-couple fit to propagate a race of their kind.” Nearly 50 years later, New York Affairs magazine used supercouple to describe a kind of wealthy, posh couple who might adopt a child, maintaining the term’s sense of social status but dropping the earlier connotation of eugenics.

Power couple began to supplement and eventually supplant supercouple in the mid 1980s. One of its first uses in print came in 1983, describing Bob and Elizabeth Dole, then US Senator and Secretary of Education, respectively. A number of other publications called the Doles a power couple in 1984 and 1985, including U.S. News, The New York Times, and Cosmopolitan. Power, here, refers to the great influence the duo had. The Doles wielded political power, but power couple soon extended to other, non-politician pairs. In 1987, Cosmopolitan called two married Olympic cyclists a power couple, comparing them to the Doles and Madonna and Sean Penn, then recently married. The same year, Ebony described Ahmad Rashad, a sports broadcaster and former football player, and Phylicia Rashad, best known for playing Clair Huxtable on The Cosby Show, as “TV’s super couple.”

In 2015, a reality show, Power Couple, debuted, with versions aired in Israel, India, and Brazil. The show features various unusual and hilarious competitions between celebrity couples to “test” their love and trust. As the term matured, “regular people” started think of their relationships in terms of power couple. Lighthearted articles on dating and relationship-themed websites listed the signs that mark a power couple, including never having awkward moments and having survived major challenges together. These uses mark a shift in power couple, from the marriage of two, big-hitting public figures to a partnership involving commitment without sacrificing each person’s independence. This shift in the term may have been propelled by the increasing empowerment of women not to sacrifice their careers and ambitions to be housewives or stay-at-home moms.

Your person should help you be productive as well as progressive. Being a power couple should be goals.
@ashchriszach, March, 2018
Truth be told idk if my nigga would be where he is today without me. At least thats what he tells me, and i believe him. Know why? This empire took blood, sweat and tears from BOTH OF US to build. So when u see a “power couple” just know they probably both wear a cape!
@iHeartMiko, March, 2018
They have been together for over 13 months, and have been constantly involved with every part of each others lives...And Jennifer Lopez and Alex Rodriguez were joined at the hip again on Friday, as the power couple were spotted arriving at a gym together for a couple's workout.
Daily Mail, March, 2018
SEE MORE EXAMPLES

Power couple is often seen in the popular press and social media, especially entertainment news and gossip. While the sense of power couple has broadened, celebrity power couples continue to be an object of fascination. Consider Beyoncé and Jay-Z, Kanye West and Kim Kardashian, George and Amal Clooney, and Meghan Markle and Prince Harry. Celebrity power couples are often popularly and affectionately referred to in blended names (e.g., Gamal (George and Amal) and Harkle (Henry and Markle)). The former Brangelina (Brad Pitt and Angelina Jolie) is a textbook example of the power couple portmanteau.

Power couple has also been applied to couples from the past, including Richard Burton and Elizabeth Taylor, Sonny and Cher, and John and Abigail Adams, which a 2006 TV show called “America’s first power couple”—as did a non-fiction book about James and Dolly Madison in 2015. While many power couples have been heterosexual, same-sex power couples, fortunately, are being increasingly recognized.

According to Google data, power couple is used more often than supercouple, but the term has taken on a particular meaning in the world of soap operas, it’s worth noting. In soap-opera fandom, a super couple is a romantic pairing of characters that is especially appealing to the audience. Staying Tuned, a 1992 book on soap operas noted the phenomenon. As The World Turns featured a gay super couple in 2007.

This is not meant to be a formal definition of power couple like most terms we define on Dictionary.com, but is rather an informal word summary that hopefully touches upon the key aspects of the meaning and usage of power couple that will help our users expand their word mastery.