rolling in the deep

What does rolling in the deep mean?

Rolling in the deep is both a lyric and song by Adele. It suggests emotional closeness and dependence, especially in a romantic relationship.

Where does rolling in the deep come from? 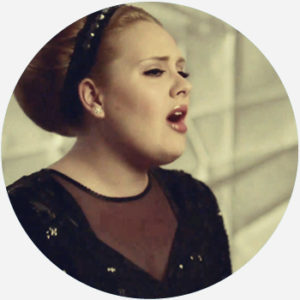 Rolling in the deep is a lyric that originally appeared in the 2010 hit Adele song of the same name. The song itself describes the singer’s vengeful feelings toward an ex-boyfriend. In an interview, she says that the lyrics are telling him to “get the fuck out of [her] house instead of [her] begging him to come back.” The song has been hugely popular and by 2017, its official music video had over one billion views on YouTube.

So what does rolling in the deep mean? Adele herself has stated that she adapted the lyric from the expression roll deep. Roll deep (which is used as a verb) has existed since at least the 1990s and has a meaning that could be approximated to having a close personal relationship with one or more people. These people are your ride or die, so to speak. Adele defines this expression as meaning that someone always has your back and you’re never on your own. She says that that’s how she felt in the relationship that the song’s about before that relationship ultimately failed.

Examples of rolling in the deep

Who uses rolling in the deep?

Because of the song’s immense popularity, it’s spawned many parodies and covers. The parodies typically involve clever wordplay on the title and lyrics. They follow the rhythm of the song but replace the lyrics themselves.

Outside of doing anything with the actual song, people usually use the phrase itself to reference the hit song or to speculate on the meaning of the line, since it’s not common knowledge.

Roger that
Rule 34
Home / Words / Slang / rolling in the deep