Seacresting is behaving like American Idol host Ryan Seacrest, especially building suspense, like how he would announce a commercial break right at a climactic moment … typical Seacrest.

Where does Seacresting come from? 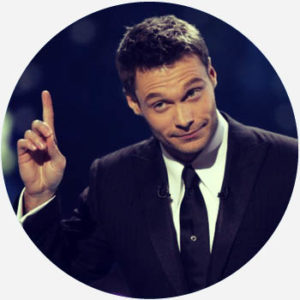 Ryan Seacrest rose to fame when he became the host of American Idol in the show’s first season in 2002.

Viewers soon caught on to Seacrest’s habit of leading up to a big reveal, like which contestant would be eliminated that episode, only to go to a commercial break without making the announcement, drawing out the tension (and runtime) as long as possible to keep viewers tuned in. 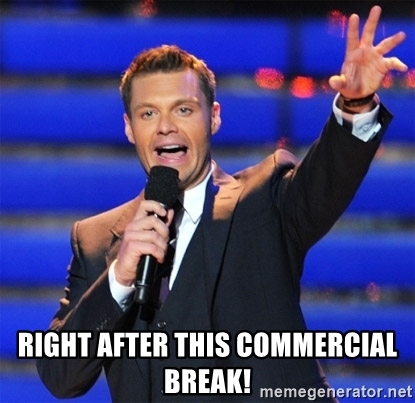 This definition of Seacresting appears on Urban Dictionary in 2009, though a 2008 entry also verbed his last name into a slang term for “eliminating” people in one’s life as Seacrest eliminates contestants on American Idol.

In 2013, a TV blogger described the weight-loss competition show The Biggest Loser as engaging in Seacresting by “drag[ging] the drama out as long as possible.” The term is also sometimes applied to leaving people hanging in casual conversation.

Occasionally, Seacresting has been used to comment on other aspects of Seacrest’s persona. In 2006, one entertainment blogger punningly predicted that the wave of Ryan’s fame was Seacresting. (Twelve years later, no such luck.) In 2013, a gossip blogger noted that Adam Levine, a judge on rival singing competition The Voice, seemed to want to follow in Seacrest’s footsteps by building his personal brand, “‘Seacresting’ himself into an empire.”

Although Seacresting found some use among reality TV aficionados, it took a former FBI director to bring the word widespread popularity. In July 2016, during that year’s presidential election, then FBI Director James Comey gave a lengthy press conference about the investigation into candidate Hillary Clinton’s alleged mishandling of classified information. Only at the very end of the press conference did Comey announce that the FBI recommend no charges be pressed. At the time, Trevor Noah joked on The Daily Show that Comey had Seacrested the announcement. 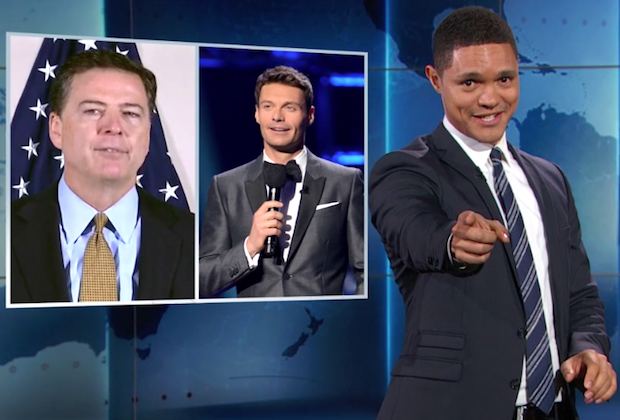 In April 2018, Comey released a book recounting his career, including events around the 2016 election. In it, Comey admitted that he Seacrested the announcement and said in interviews he learned the term from his children. Google search interest for the term spiked at the time of this interview.

just starting #Idol on DVR delay to avoid all the Seacresting
@damianholbrook, February, 2010
Devin Nunes suddenly Ryan Seacresting what is supposed to be matters of national security violations that are more serious than Watergate will definitely kill speculation he is working with the Reality TV White House on this
@madisonm_a, February, 2018
I would avoid the "Seacresting" mistake by saying at the beginning of my statement that we weren’t recommending charges. At the time, I thought there was a risk people wouldn’t listen carefully after the headline, but looking back, the risk of confusion from me delaying the conclusion was greater.
James Comey, A Higher Loyalty, 2018
SEE MORE EXAMPLES

When people anticlimactically build suspense, bury the lede, or end on a cliffhanger, they may be accused of Seacresting.

The term is usually playful or mildly mocking, though everyone likes to take punches at Ryan Seacrest for the TV host’s quirks—like the time in 2009 when he awkwardly tried to give a man with vision impairment a high five. One clever Redditor has dubbed rejected or botched high fives as Seacresting.

This is not meant to be a formal definition of Seacresting like most terms we define on Dictionary.com, but is rather an informal word summary that hopefully touches upon the key aspects of the meaning and usage of Seacresting that will help our users expand their word mastery.